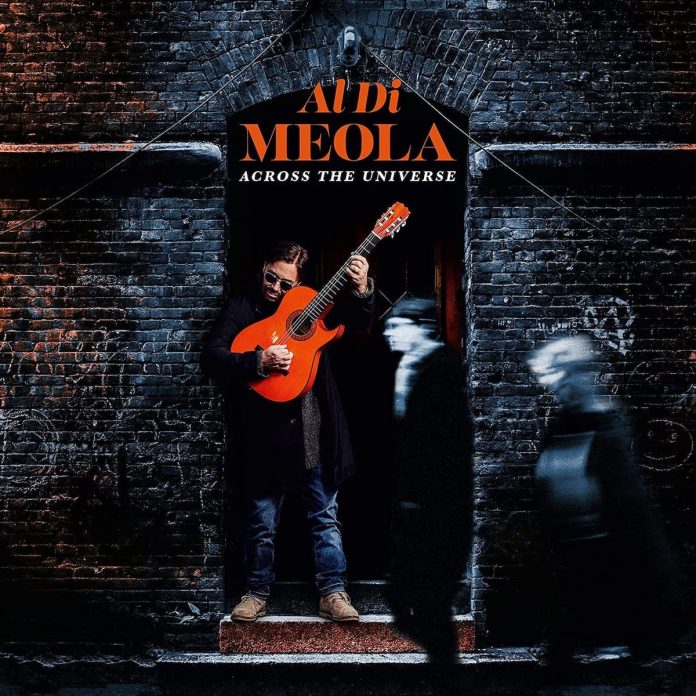 This is the second album Al Di Meola has recorded of Beatles music. The first was back in 2013, All Your Life: A Tribute To The Beatles. This new work is described as a “sophomore homage” to the great band. My problem is that whilst I really like Di Meola’s guitar, I like The Beatles even more. In over 50 years of listening to music of all genres, I have still yet to find a Beatles cover better than the original.

There are, of course, hundreds if not thousands of Beatles covers, and most should never have been released. Those that do escape are generally relegated to the category of elevator or shopping-mall music. It seems to me that if you want to produce a truly noteworthy cover of a Beatles songs then you have to come up with something almost as listenable as the original. No easy task since The Beatles (together with George Martin) did such a great job that everything else kind of gets left in the slipstream.

So how does Di Meola fare? As with all forms of art, his challenge is to draw inspiration from whatever source he chooses, acknowledge that source whilst at the same time creating something inspirational and new. For Di Meola this means rearranging the Beatles music in such a way that the original can still be recognised (otherwise what would be the point?) whilst simultaneously adding his own interpretation in order to make something quite unique.

How well he succeeds will depend on your willingness to clear the original from your musical memory and give space to another version. What is clear after listening to the recording is that Di Meola’s artistry on the acoustic and electric guitar is up there with the best; and when both are combined with some extremely sophisticated studio arrangements you have to admit that this is a pretty spectacular piece of guitar music.

To say he chose the hard option would be an understatement. Classics such as Here Comes the Sun, Hey Jude, Norwegian Wood, Strawberry Fields Forever and Your Mother Should Know are immense musical challenges for any musician. But there is no doubt that Di Meola feels genuine affection and affinity for the music he is covering, which he credits as the reason he chose to play guitar. Even the cover is a re-enactment of the famous John Lennon cover for his 1975 solo album Rock ’n ’Roll. This man is clearly a fan!

Prejudices aside, this album did grow on me. Each time I played it I started to hear something different and began to appreciate more of what Di Meola was trying to achieve. Such is the technical and sonic wizardry that Di Meola is capable of weaving, this album actually needs to be played on a half decent hi-fi system as the music is just too multi-layered to be compressed. As the review copy came by way of a download, I was originally confined to listening to it on my laptop. In the end I managed to get it to play through a decent DAC and speakers to much better effect. I would definitely like to have checked out the two-disc vinyl issue.

This album will appeal to all hard-core Di Meola fans as well as aficionados of the jazz guitar. Die-hard Beatles fans may still have to lie down in a darkened room for a while, but those who are prepared to give it a chance may be pleasantly rewarded.

Peter Gamble - 25 July 2019
This extended work, as the title implies, is devoted to Rosa Parks, whose role at the centre of the Montgomery, Alabama bus segregation protest became a beacon of light...