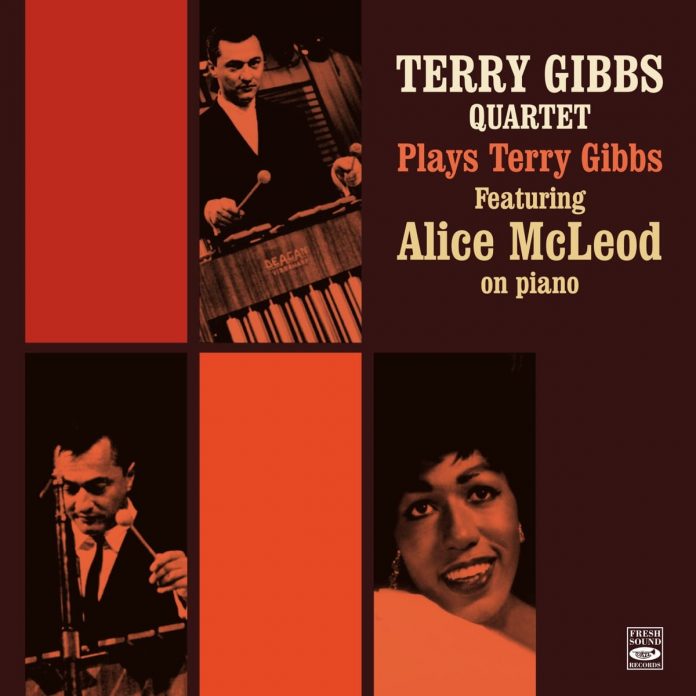 With the high profile he achieved from a year spent with Woody Herman’s Second Herd which resulted in a 1950 Downbeat award, Terry Gibbs was able to form his own quartet for club work and recordings.

Over the years he often turned to the distaff side of the jazz community when hiring pianists. Terry Pollard, who also doubled on vibes, was with him from 1953 to 1957 and when he formed his well-named Dream Band he turned to Pat Moran for a time from 1961 to 1962.

Reforming his quartet in 1963 he selected Alice McLeod and this is the second of four albums he recorded with her that year. She married John Coltrane in 1965 and her music took on a whole new direction.

As a soloist Gibbs combined a bebop approach with the exuberance of Lionel Hampton and his fleet mallet work is well displayed on uptempo numbers such as Burton Up Your Lip, Henny Time, Sunny Girl, Sol Right With Me and El Nutto. He resists the temptation to unleash torrents of notes on the gentle Ballad For Barbara and Sherry Bossa Nova, both lyrical originals that deserve a good lyric.

In Gibbs’s biography Good Vibes: A Life In Jazz he is particularly complimentary about Alice McLeod, who also played harp and organ. Her Bud Powell inspired choruses here reveal just why.