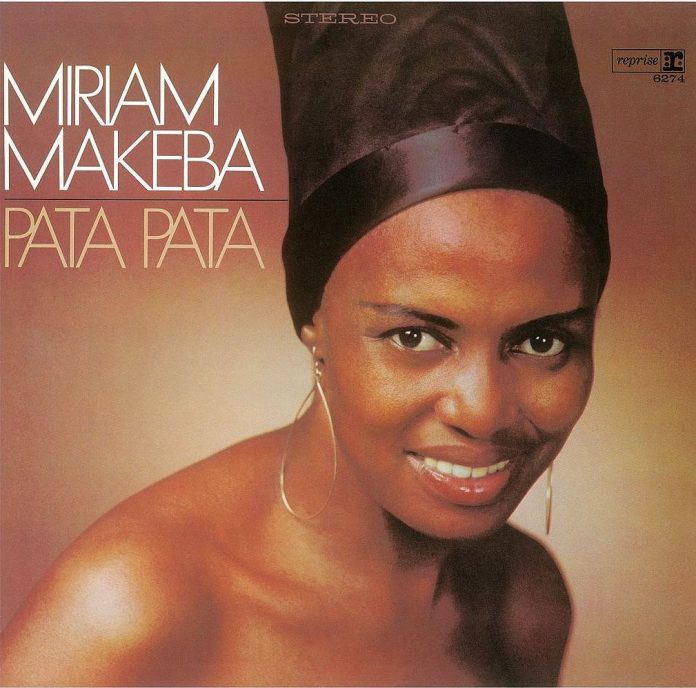 South African vocalist and songwriter Miriam Makeba moved to the USA in the 1960s and released Pata Pata on Reprise in 1967. This remastered CD version offers the album in two versions – tracks 1-11 are in monophonic sound, tracks 12-22 present the same songs, in the same order, but in stereo. No, I don’t know why.

Pata Pata, an updated version of a song Makeba wrote in 1956 when she was still in South Africa, is the album’s standout track: an upbeat, uptempo song inspired by a dance from her homeland and the inspiration for another dance in the clubs of New York. It made it into the Billboard top 20 but didn’t trouble the charts in the UK.

Ha Po Zamani is another high-quality track, characterised by a slinky mid-tempo groove. Makeba sings Maria Fulo, by Brazilian musician Sivuca, beautifully but the track is let down by a somewhat half-hearted horn section.

Producer Jerry Ragovoy wrote What Is Love and Ring Bell, Ring Bell, which the original sleeve notes for the album predicted would become “intercontinental standards”. A bold, and incorrect, claim. What Is Love is a turgid ballad overwhelmed by strings while Ring Bell, Ring Bell is a cheery pop song with no distinctive features: both songs might have made it into a mid-60s Eurovision Song Contest without too much comment and neither does Makeba’s talents justice.

The rest of the songs, including the traditional Xhosa Click Song Number One and Jol’inkomo, are much better suited to Makeba’s vocal style.

Gareth Thomas - 15 July 2021
The late 60s and early 70s were an important time in the development of jazz in Japan. A shift was taking place, from the "funky boom" movement characterised by...