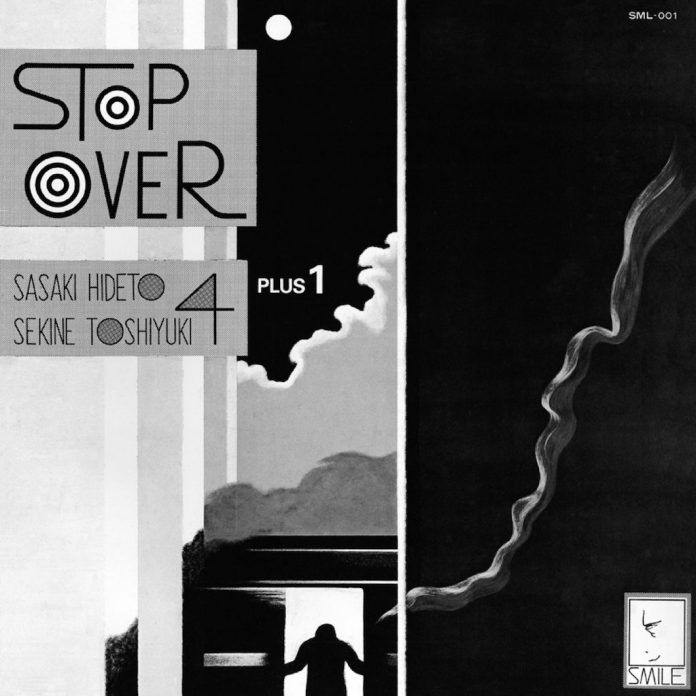 One of the reasons why mainstream jazz survived the Dark Ages of the 70s and came out patched up and relatively healthy is the near-unparalleled zeal of the Japanese jazz fans and recording industry. At a time when the general audience in the USA dropped out, Japan (like Europe, of course) welcomed contemporary and past masters of the art in their clubs and at their festivals. Besides, its industry provided a steady stream of top-notch reissues of classic works and new high-end recordings that aficionados around the world collect to this day. A deep-rooted fanaticism was developed in the famed “kissas” – coffeehouses where fans gathered to listen to Monk, Mobley, McLean and other assorted legends of jazz. Fellow countrymen like pianist Masao Yagi and saxophonist Sadao Watanabe provided a first-class Japanese take on American jazz.

However, in 1976 the big thing – fusion – had also reached Japan. Most aspiring musicians jumped on the bandwagon of the jazz and rock hybridisation, carrying with them electric guitar and bass, the customary collection of diverse synthesizers and – culmination of bad taste – trading suit and tie for a stupendous amount of sweaty Santana-type bandanas and upper body wear. At the time, it was rather unusual to record in the classic quintet line-up of the hard bop era. However, this format was a logical choice for trumpeter Sasaki Hideto and pianist Sekine Toshiyuki, who recorded their only cooperation on wax, Stop Over, in Yokohama on 15 August, 1976. They were by no means ambitious: approximately 100 copies were pressed and handed out to family and friends.

BBE Records re-released Stop Over in its J Jazz Masterclass Series, granting it a well-deserved platform. Though the production is less than perfect – repairing of the original amateurish faults such as the irritating, overbearing ride cymbal likely proved impossible – Stop Over is a simpatico session of classic hard bop. It lacks the soul and authority of the originators but the quintet consists of excellent players with plenty of enthusiasm. Despite their young age – early 20s – they thoroughly grasp the repertoire of the 50s and 60s and deliver propulsive takes of Denny Zeitlin’s rhythmically challenging Carole’s Garden and Cedar Walton’s modal masterpiece Turquoise Twice. Pianist Sekine Toshiyuku, perhaps not coincidentally, shares Walton’s desire to fluently and poetically wander all over the keyboard in an effort to touch the listener’s heart. While Toshiyuku does not reach the heights of Cedar Walton – such expectations would be unfair – he evidently was a very talented journeyman.

Watanabe is a lively alto saxophonist with plenty of gutsy outbursts who suffers the unfortunate fate of being buried in the mix. He contrasts with trumpeter Sasaki Hideto, who is upfront and the star of the show, fluent at fast tempos and captivating during ballad renditions of Bobby Hutcherson’s Little B’s Poem and Tadd Dameron’s Soultrane. The trumpeter had developed a wonderful cotton-candy tone, akin to Kenny Dorham’s sound, which means that suddenly the cats begin to howl and the kids become quiet as a mouse.

The quintet reaches a climax with the title track Stop Over, an original composition by Hideto that showcases tight-knit and crystalline ensemble playing and mischievous solo contributions on the bedrock of a stompin’ cross-rhythm and modal-tinged mid-60s Blue Note melody. Solid hard bop never sounds out of date.

Roger Farbey - 18 July 2022
Warm on the heels of their previous two albums Toy Tunes (Pirouet, 2018) and Ramshackle Serenade (Pirouet, 2014) Perpetual Pendulum is the latest release for this NYC-based organ, guitar...

Jazz Journal - 26 May 2021
A well-balanced programme at The Ronnie Scott Club featured Jean Luc Ponty and Mike Westbrook with Norma Winstone. I suppose I might be accused of chauvinism for saying so,...