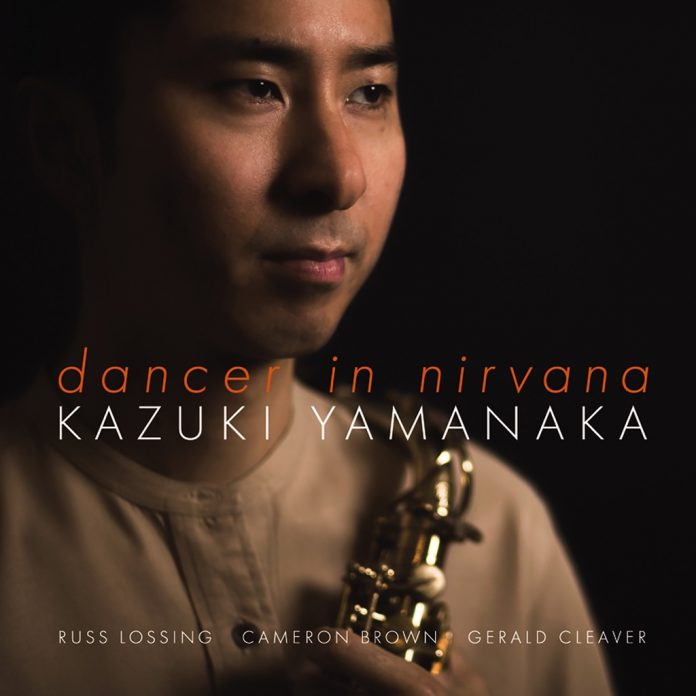 There’s a tendency to assume that all Japanese alto players have to sound like either Kaoru Abe or Sadao Watanabe, either all-in screamers or crossover smoothies. Yamanaka usefully sinks any such misconception. If anything, he veers somewhat to the second persuasion, with a light, clear sound that has something of the plangency of Jackie McLean but which always seems to be speaking quietly.

It’s unkind to the young man to say that the real delight of this session is the playing of Ross Lossing and Cameron Brown. The bassist is in astonishing, full-voiced form, as he always seems to be these days, and Lossing, who’s also been working with Russian-born saxophonist Lena Bloch of late, is a modern master. Gerald Cleaver comes in for the usual Jesse Simpson, and again it’s no slight to the regular drummer to say that this enhances the music no end; Cleaver’s on everything at the moment and he never puts a foot wrong.

Reminiscence is a lovely theme, soft but with real tensile strength through the line. When the music moves towards abstraction, Yamanaka doesn’t lose his way or the beauty of his tone. There are moments when one feels he might be playing the wrong horn, needing either a soprano (he deploys it only on the title track) or a baritone to convey a line most effectively, but it’s when he shows utmost control at both ends of his range that Yamanaka is most impressive.

Bruce Crowther - 23 May 2022
This is Cathy Segal-Garcia’s 14th album and comes more than three decades since her debut, Point Of View. In those years, she has performed and taught extensively, mostly in...