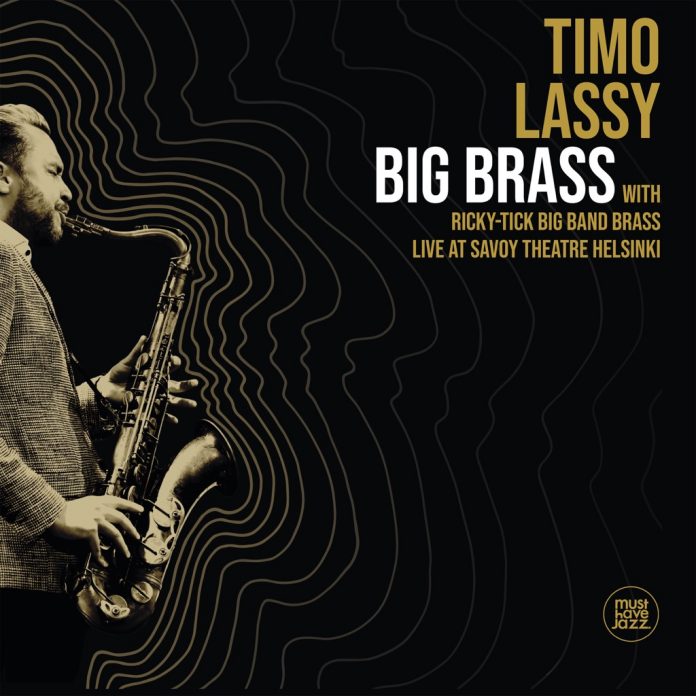 Finland’s leading saxophonist has released his strongest album. Twenty years ago, tenorman Lassy started off with the U-Street All Stars – a local Blue Note signing – and the Five Corners Quintet, four of whom are still with him on this live set from last year.

More ambitious and mature than the retro party set Live with Lassy (from 2014) and more coherent than the scattershot double LP Moves (2018), this is Lassy’s best album yet.

Lassy and band are stompin’ at the Savoy, a velvet-seat 1937 theatre where Josephine Baker once performed. They were supposed to return there in May to promote this album, but that’s been pushed back to November.

His big brawny tenor is backed by eight horns from the Ricky-Tick Big Band, which has been a major success story over the past decade: energetic young jazz players fronted by rap vocalists, making them a popular fixture at Finnish summer festivals. The band was born out of Ricky-Tick Records, which spearheaded Helsinki’s hip jazz revival in the early 2000s, starting with the Five Corners Quintet.

The big band’s arranger and conductor is Valtteri Pöyhönen, who’s skilled at Gil Evans-style coolness yet knows how to get a crowd going with old-school rabble-rousing honkers.

That kind of toe-tapping 60s soul jazz has long been Lassy’s strong point, but more recently he and Mäkynen have moved into freer, more experimental and subtly electronic directions.

These are most evident on the drummer’s Universal Four, a 12-minute spiritual suite where Mäkynen offers an electronic-edged drum solo and builds a floating base for Lassy’s most ferocious, searching sax explorations, which approach Kamasi Washington territory. Thankfully Pöyhönen keeps the horn section restrained so as not to disturb the ethereal mood.

On Undecided, Lassy also shows off his storytelling skills and Coltraneish sheets of sound, while trumpeter Jukka Eskola contributes a long complex solo before they end up in a twittery bird-call duet.

There are also incendiary world-beat rhythms from Mäkynen and Assefa on African Rumble, Lassy’s debut single from 2006. It starts with an extended solo by Helsinki’s go-to bassist Antti Lötjönen, who has just debuted as a leader.

Least interesting of the album’s five long tracks is Teddy the Sweeper, where Lassy settles into rote repetitious mannerisms, as on the CD bonus track Northern Express. All in all though, this package makes Lassy’s case as a leader to be reckoned with.