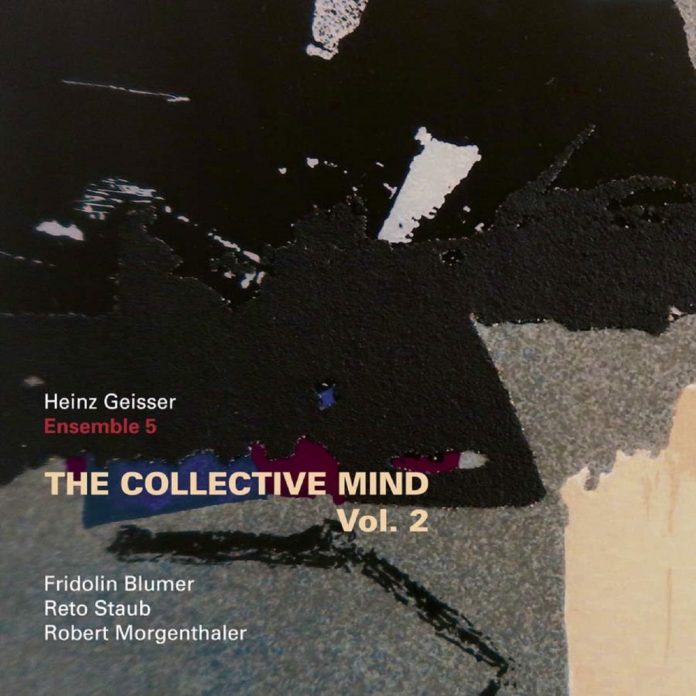 Leo Feigin is wonderfully loyal to his artists. This group of Heinz Geisser’s grew out of a fascinating outfit called the Collective 4tet who put out half a dozen fascinating records before changing personnel (the original lineup had included bass master William Parker) and name but not number; there’s still only four of them.

The heart sinks a little at the words “volume two”, which immediately prompts a fear that we’re just being offered the stuff that wasn’t considered good enough to go out the first time. Absolutely not so here. The material comes from the same March 2018 studio session and was mixed and mastered by the same guys, but it sounds strikingly different.

Geisser’s music is free jazz for people who don’t like free jazz. There’s a constant warmth and humanity, even humour, in his work, sufficient structure round the more headlong passages to keep things comfortable. There’s a rich complexity to the music, all of which is collectively composed in improvisation, but it never seems cerebral or remote. The opening Peacock Dance is a delight and What If? captures the spirit of improvisation perfectly.

A relatively unusual line-up delivers a genuinely democratic sound; there’s no question of horn-plus-rhythm, and Morgenthaler is often found laying out carpets of multitonal sound for the others to dance across. Geisser is at the heart of it, bandleader and Lord of Misrule in equal proportions.

Sequels can sometimes be better than the originals, the French Connection Rule or Godfather II Principle. This one is, for my money, though it’s brief by CD-era standard, but you should maybe start with the earlier disc, or better still, go right back to the Collective 4tet records – dive in to The Ropedancer – and get acquainted with Geisser’s astonishing sound-world.