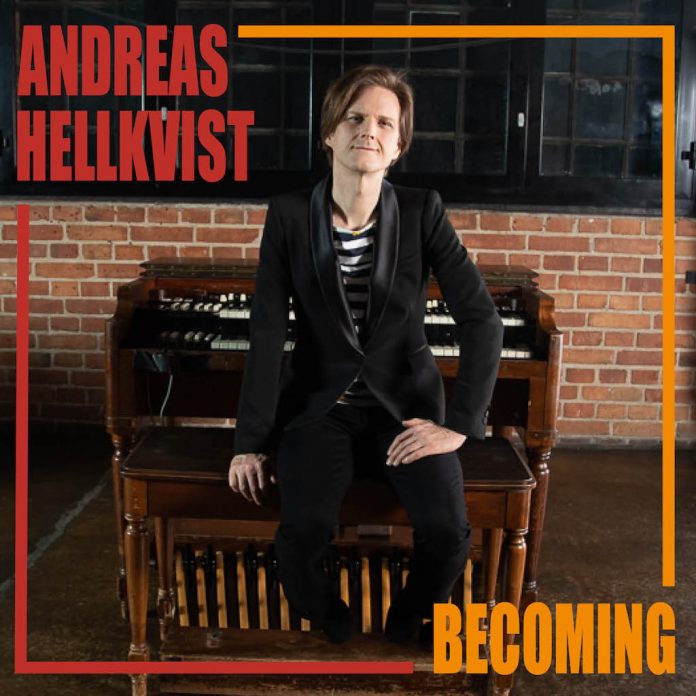 Few other jazz instruments set off as many cultural echoes as the organ. The Swedish Hammond B3 specialist and composer Andreas Hellkvist knows that, and his knowledge is manifest on this first recording, a trio, of his own tunes for his own label. Maybe it’s because Pierre Swärd introduced him to it and its mechanics in Sweden before Hellkvist set out on his tod.

The main forebears are religious, in gospel and high baroque; there’s comedy, cinema and pop too, and within jazz its various stylistic usages, from Fats Waller and Count Basie to Jimmy Smith, Barbara Dennerlein and others. But even the Hammond’s digital offshoots don’t obscure its basic sustaining groove. Like all organs (some contemporary composers hate them), the Hammond has its eye on every corner of the room. The listener can thank Hellkvist for having the skills of a lion-tamer.

Not that he appears to be exercising them in the opening charge of Let’s Get Together, which settles into a more disciplined funky configuration that allows the leader to show off his B3 abilities: two-handed and drawbar technique, emphasis on the bass line’s importance, expert use of Leslie speakers (two judiciously placed, with the trio members all in one room), single-note dexterity, and even the comic glissando. They extend in Phase to having guitarist Samuel Hällkvist meet him on common ground that allows the guitar to dictate the course of events.

That bass line is slow-moving in Fall, a moody, tentatively probing track. Hellkvist continues to hold back his full armoury on Snowflakes, where the guitarist leads on the head before the organ joins in and elaborates; drummer Daniel Olsson, everywhere attentive, provides a gentle rock offbeat. Just Flowin’ is just that, a catchy number and organ feature that in a pop context might be lifted out as a single with commercial possibilities. Olsson takes his only solo on Tritlar (named after an Icelandic candy) and varies his repertoire in egging on the inter-communication of organ and guitar. It’s sweet and lovely.

Click here for information on how to buy Andreas Hellkvist: Becoming

Jazz Journal - 31 December 2019
As can be seen from the subtitle ("Essays on the Nature and Development of Jazz"), The Art Of Jazz is not a book which takes itself lightly. It is...