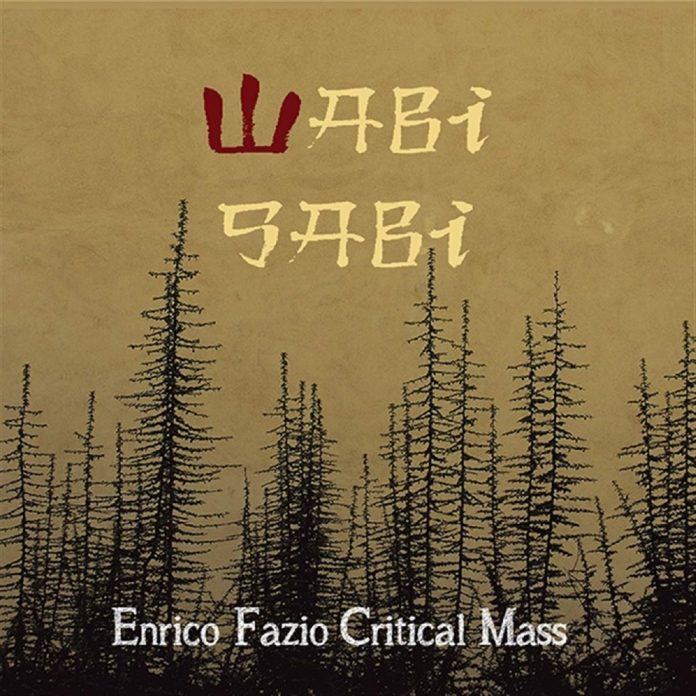 This is the second album for Enrico Fazio’s Critical Mass for Leo Records, the first being Shibui, released in 2013 and in turn carries on the label’s reputation for adventurous music. The leader has a track record of stretching the boundaries and Wabi Sabi (translated as a Zen concept meaning “The Reality Of Imperfection”) will take many to an uncomfortable edge, even though all the music has structure, melodies to pick up on and solos that really do not make demands on the eardrums – there’s no “squeak and howl” to be heard here.

The claim from Fazio is that the ensemble had no pre-recording rehearsals, his preference being for the musicians to come to the session with open minds, subscribing to the Steve Lacy philosophy “If you’re not ready to make mistakes, you ain’t going nowhere, right?” and in listening to the finished article there is no audible untidiness about the six tracks. Bearing in mind many of the musicians have a long association with Fazio he could be confident in achieving the desired results.

If there are free blowing passages written into the music they are not obvious, for if you break down each composition there is a logical progression to be had, even if you allow for changes in tempo where swing passages may sit alongside more exotic rhythms. For instance, West To East, supposedly a journey from Mali to India via Europe, has plenty of shifts of mood in its travelogue concept which feel entirely logical.

The solo work is generally of the highest standard; the violinists holding their own against the horns, mainly staying in a comfortable register, bringing a degree of warmth to the overall picture. Followers of contemporary sounds played by larger ensembles should check this one out.