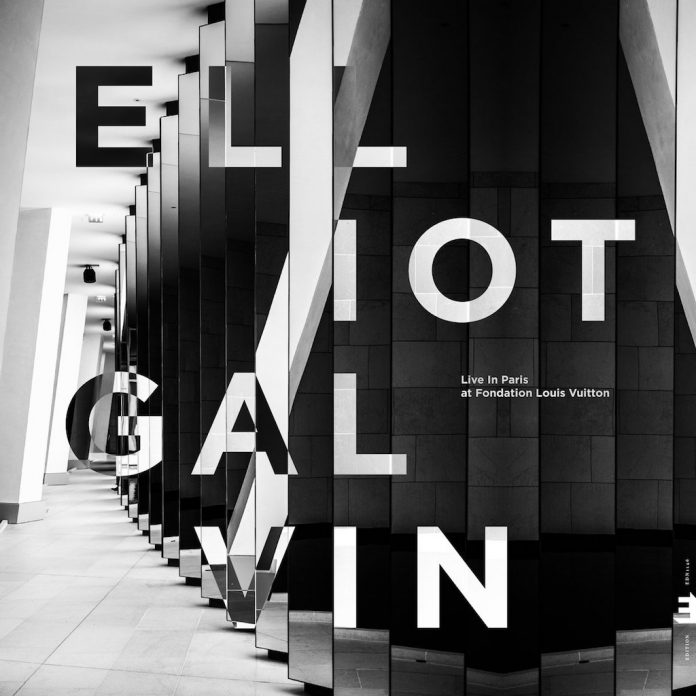 Elliot Galvin’s recorded work to date has been rooted within a number of collaborative projects: with Laura Jurd’s Mercury-nominated quartet Dinosaur, a free jazz duo with saxophonist Binker Golding, and a trio alongside Corrie Dick and Tom McCredie. But his latest release – Live In Paris, At Foundation Louis Vuitton – represents perhaps the ultimate test for many jazz musicians: a live concert, freely improvised with nothing pre-prepared or composed.

Rest assured, Galvin delivers. The ebb and flow of the British pianist’s playing ranges between wild flurries and the aggressive hammering of chords, to more restrained and intimate passages of improvisation. Impressive use is made of the lowest register of the piano, such as in the final moments of As Above, where Galvin successfully imitates the ominous chiming of a massive bell. In For J.S (Bach?), cascades of notes are interspersed with dainty Baroque-like phrases.

Galvin also experiments with the sharp, grating and metallic qualities of the piano strings in Time And Everything, Broken Windows and So Below, as well as using the piano as a percussive instrument when the mood calls for it: Evidence of his creativity and wit as an improviser. Live In Paris At Foundation Louis Vuitton puts the pianist right in the spotlight in a stripped-back, open space. As Galvin’s debut album as a solo pianist, it’s an undoubted success.