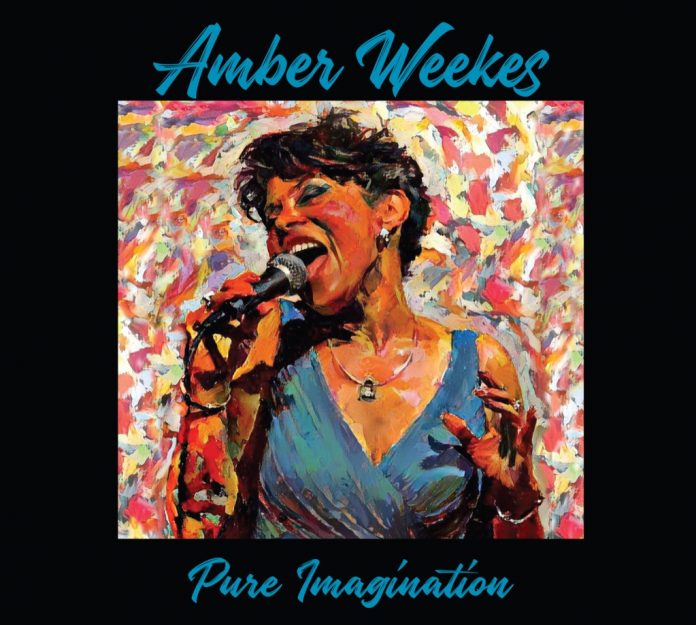 After we get past the embarrassing tweeness of the title track where Weekes duets with her mentor Sue Raney things settle down to reveal a decent singer who mixes up the music quite nicely. She may not be the most distinctive individual in the world of so-called “jazz singers” but a combination of commitment allied to an eclectic choice of repertoire makes this a pleasant enough listening experience. The only other negative arrives on another duet, The Way He Makes Me Feel, this time with fellow Los Angeles singer Mon David whose tones may not be to everybody’s taste.

The three Oscar Brown Jr. compositions she lends her talents to give us a chance to hear the vocalist giving vent to three distinctive sides to her art, the sensitive rendition of Brown Baby (accompanied mainly by the bass of Trevor Ware), contrasting nicely against the lyrical warning of The Snake or the more aggressive stance on Master Kicks.

None of the standards overly suffer from another outing; Weekes is at home in familiar territory supported by some of LA’s finest, who do her proud.

Discography
Pure Imagination; It’s All Right With Me; When He Makes Music; The Snake; Gotta Be This Or That; Brown Baby; After You’ve Gone; When October Goes; Mr Kicks; The Way He Makes Me Feel; Just Squeeze Me; Gone At Last; When October Goes (51.53)
Weekes (v) with a collective personnel including Peter Smith (p); Trevor Ware (b); Ramon Stagnaro (g); Curtis Taylor (t). 2019.
Amber Inn Productions