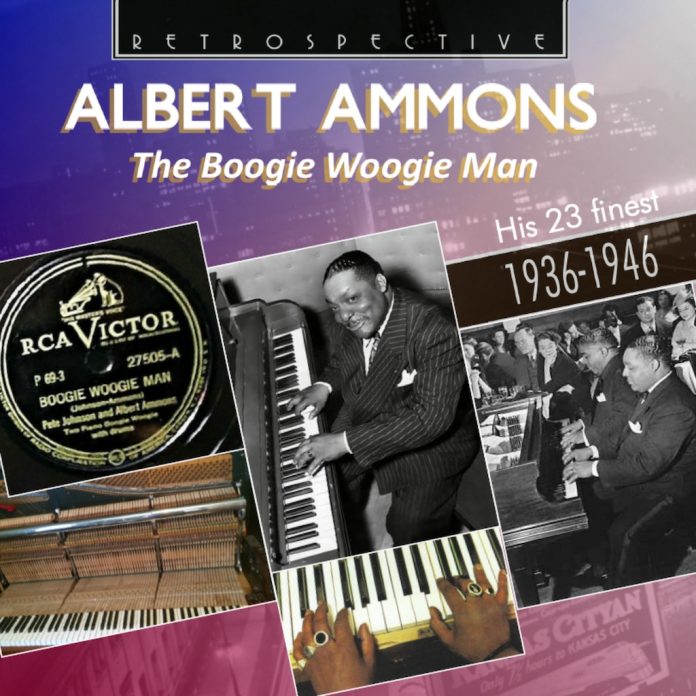 Like fellow boogie-woogie pianists Meade Lux Lewis and Peter Johnson, Albert Ammons made his name at the famous From Spirituals to Swing concert organized by John Hammond in Carnegie Hall on 23 December 1938. In a classic rags-to-riches story, both Ammons and Lewis had been working as cab drivers in Chicago before Hammond scooped them up and brought them back to New York.

Perhaps less extroverted or virtuosic than either Lewis or Johnson, Ammons was probably the most consistent of the three, the one with the greatest rhythmic solidity. It was said you needed a left hand like God to play boogie woogie, and that Ammons certainly had, his rock-steady, unfaltering rhythmic drive allied to a superb feeling for the blues making a winning keyboard combination. The boogie-woogie boom did not last long, as the traumas of war demanded a smoother, less ebullient sound, but Ammons rode the wave until his early death in Chicago in 1949.

There are any number of Ammons collections available today, not least three definitive Chronological Classics covering 1936 to 1948, but this new set is as good as any as an introduction to the man. Alongside four duets with Pete Johnson and two trios including Meade Lux Lewis are six solo highlights, where his skills are unadorned by extra musicians and you can really hear his finesse and sense of timing. Also fine are the nine tracks with his Rhythm Kings, where Ammons moves beyond simple boogie woogie to swing music and the blues.

Any idea that at heart this music was a just a dance-led piano gimmick is easily dispelled by a glance at the list of fine supporting musicians on this set, including Harry James, Vic Dickenson, Don Byas, Big Sid Catlett and bassist Israel Crosby, later to work with Ahmad Jamal, an altogether cooler type of pianist. If you require an introduction to Mr Ammons, this set is your invitation.

Gareth Thomas - 21 August 2020
Identities is the latest recording from the Latvian Radio Big Band – self-described as “one of the most legendary jazz music ensembles in the Baltics”. The seven tightly woven compositions...