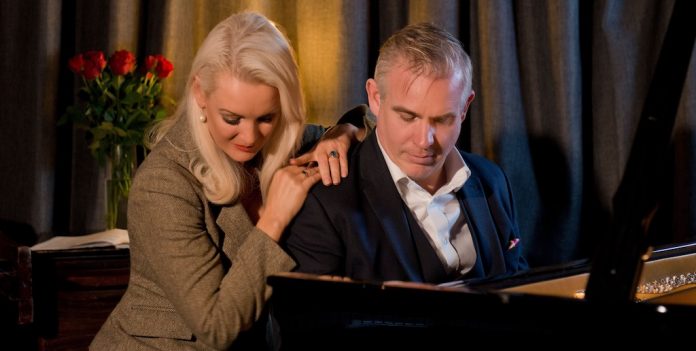 During a career that has lasted over three decades and taken her from her native Germany to London, Friederike Krum has learned and sung with the best, deploying her exceptional mezzo-soprano in the service of opera, jazz, lieder and classical musicals.

Now, on her new album, Somebody Loves Me, she explores with her own unique and experienced voice the timeless music of George and Ira Gershwin, stripped back to just her voice and the piano of Ronnie Scott’s artistic director, James Pearson.

For Friederike, the improvised aspect of jazz has always provided an important contrast to the more structured environment of classical music, allowing her being her own feel and interpretation to the songs. Without sheet music, but with Friederike co-producing, arrangements were worked out as she and James Pearson recorded.

On the album, Friederike strips down much-loved Gershwin love songs to just voice and piano plus the occasional clarinet played by Ed Barker, allowing the songs to soar in a pure and intimate setting.

Friederike first heard the standard Summertime when her grandfather took her to see Porgy & Bess in Mannheim as a young girl.

“It’s an extraordinary song, I love melancholy, but it’s a song of hope and a better future. Our version was a genuine first take”, she says.

Meanwhile, her version of The Man I Love is born of experience. “I’ve tried a few times to find the man I love!”

There’s a whole new twist on I Got Rhythm, similar to how Paul Young’s Wherever I Lay My Hat (That’s My Home) replaced Marvin Gaye’s swagger with rue and remorse.

With its smoothness, its unified feel and its powerful, emotion-drenched vocals, the album nods to Friederike’s heroes: Frank Sinatra, Barbra Streisand and the deeper side of Doris Day, but it shines new light through an old window. It is unmistakably Friederike Krum.

This article was prepared with the assistance of the promoter.

Nic Jones - 28 August 2020
I don't wish to idly boast but I'm rarely bamboozled by an album, so this is something of a rarity. The music ranges far and wide, indeed so far...