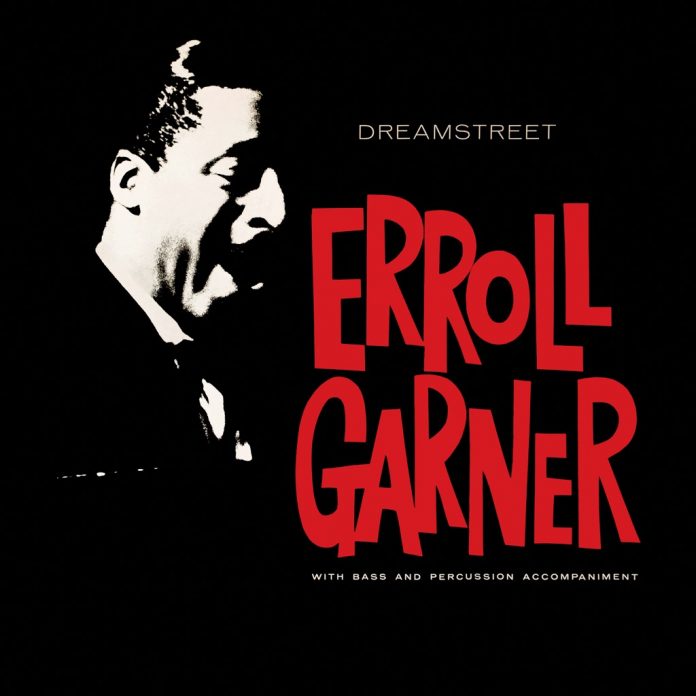 Six albums in this series, with six more to come, and that’s just a dip into Erroll Garner’s immerse recorded output. He was as prolific as Charles Dickens and just as inimitable. He was so popular in his day that he has tended to be undervalued ever since.

These albums come from the years when he was an established international concert artist. With one exception, the programmes all follow the same pattern: about a dozen tunes, mainly well-known standards plus the odd original. It’s rare for any item to last more than five minutes, and it’s all piano. The bass and drums are just there to take some of the weight. Yet, with this simple format, Garner would regularly keep audiences of 2,000 or more spellbound. He loved to surprise and delight them and they, with little or no knowledge of piano technique, knew that they were in the presence of something unique and extraordinary.

Garner began as a self-taught, juvenile prodigy, ambidextrous and with the gift of perfect pitch. He invented his own technique and made it look and sound easy. Any pianist will tell you it was next to impossible, but no-one had told him. He began with the idea of being a one-man big band, and you can hear the result in every mid- and uptempo number on these albums. His left hand is the rhythm section (not stride, more like a rhythm guitar), while his right hand takes care of the brass and saxes, alternating between single-note lines and close-harmony chords. (One hand playing four-note chords in quick succession? Try it.) For sustained notes he adopted Earl Hines’s octave vibrato, sometimes called “trumpet-style”. For what arrangers call the “shout chorus”, he piles the whole lot together in a display of sheer power. That’s his swing style. The ballad style grew out of it – sweeping washes of colour, like strings, and so much ornate detail that it borders on self-parody. Listen to Misty (disc 4) or My Funny Valentine (disc 3).

What else? Well, there’s his amazing control of time. That’s where being ambidextrous helped. You can often hear one hand playing half a beat behind the other, or two tempos going simultaneously. And don’t forget the intros, where he creates strange angular shapes or great romantic clouds, out of which comes, tripping daintily, The Way You Look Tonight (disc 4). The best of these are on live recordings, because Erroll loved to keep them guessing.

As to which of these six to choose: A New Kind Of Love is the odd one out, being the soundtrack music to a movie. The orchestra seems to have been recorded first, with Garner’s piano added later. I wouldn’t recommend that, but the others are fine. I’d probably go for the two live concert ones, simply because the presence of an audience could be guaranteed to get him going.

Discography
CD1: [Dreamstreet] Just One Of Those Things; I’m Getting Sentimental Over You; Blue Lou; Come Rain Or Come Shine; The Lady Is A Tramp; When You’re Smiling; Sweet Lorraine; Dreamstreet; Mambo Gotham; Oklahoma Medley; By Chance (49.51)
CD2: [Closeup In Swing] You Do Something To Me; My Silent Love; All Of Me; No More Shadows; St Louis Blues; Some Of These Days; I’m In The Mood For Love; El Papa Grande; The Best Things In Life Are Free; Back In Your Own Back Yard; Octave 103 (44.17)
CD3: [Campus Concert] Indiana; Stardust; Mambo Erroll; Lulu’s Back In Town;Almost Like Being In Love; My Funny Valentine; These Foolish Things; In The Still Of The Night; La Petite Mambo (38.10)
CD4: [One World Concert] The Way You Look Tonight; Happiness Is Just A Thing Called Joe; Sweet And Lovely; Mack The Knife; Other Voices; Lover Come Back To Me; Misty; Movin’ Blues; Dancing Tambourine; Thanks For The Memory (44.07)
CD5: [A New Kind Of Love] You Brought A New Kind of Love To Me; Louise; Fashion Interlude; Steve’s Song; Paris Mist (Bossa Nova); Theme From A New Kind Of Love; A Park In Paree; Paris Mist (Waltz & Swing); The Tease; Paris Mist (Trio) (42.01)
CD6: [Now Playing] You Made Me Love You; As Time Goes By; Sonny Boy; Charmaine; Million Dollar Baby; I’ll Get By; Three O’Clock In The Morning; Stella By Starlight; Jeanene; Just A Gigolo;How Deep Is The Ocean; It’s Only A Paper Moon; Paramount On Parade; You And Me (37.21)
CDs 1, 2, 3, 4, 6: Garner (p); Eddie Calhoun (b); Kelly Martin (d) 1959-1964. CD5: Garner with pre-recorded orchestra, 1963.
Mack Avenue Records, no numbers supplied

Brian Payne - 05 January 2022
This is Dutch saxophonist Ben van den Dungen’s fourth album with his quartet. It was recorded live during an extensive tour in the Netherlands. The quality of sound is...

Jazz Journal - 30 March 2022
The Promenaders are a seven-piece band including tuba, cello, guitar, drums and two cigar-box violins; Coxhill fronts the band on soprano sax and takes the role of emcee. The...