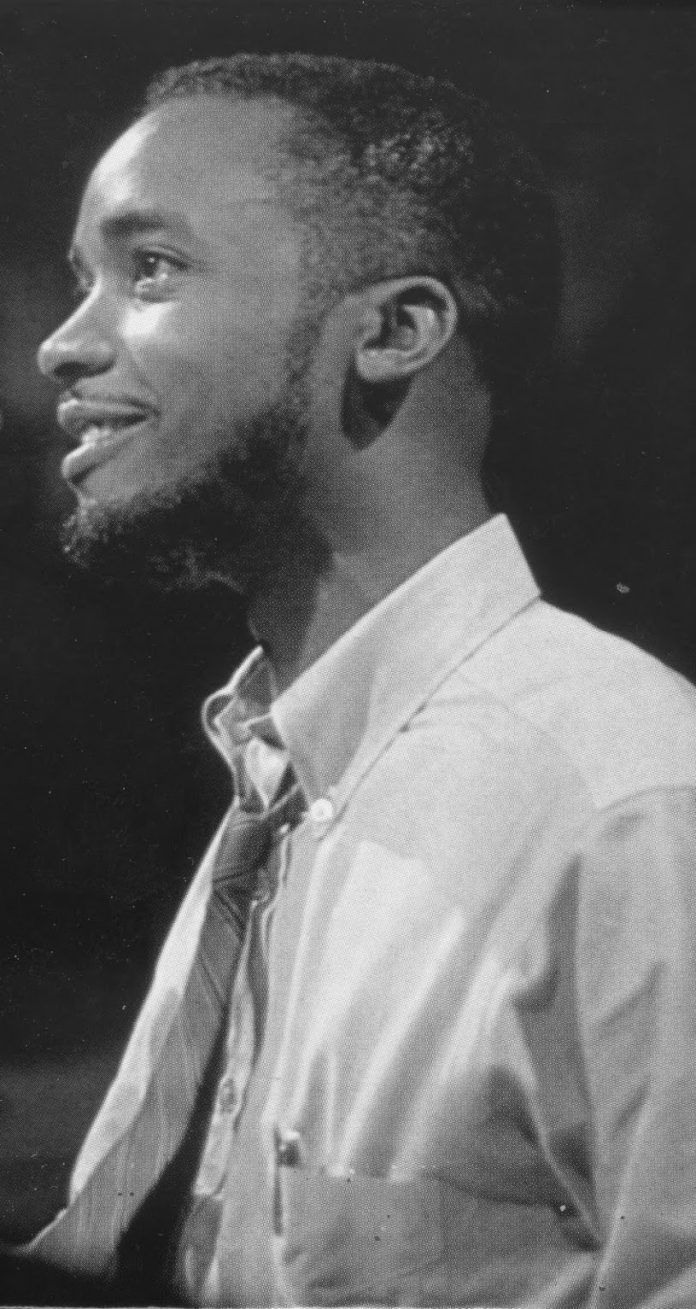 The injustice of making a critical evaluation of a musician on the basis of one 70-minute set was underlined for me when I stayed on to catch the second set of the night by the Jamal Trio. To what extent he played more impressively and to what extent I listened more perceptively I cannot judge; but I do know that Jamal played enough piano in that second set to dispose totally of the slight that he is a cocktail pianist.

In the opening set Jamal had seemed a little rigid and heavy-handed, wielding his well-known dynamics a bit like a blunt instrument and exhibiting a disconcerting tendency to bang. Bogota, a fast minor piece in 6/8 based on a blues framework, seemed too heavily overlaided with ritualistic rhythmic patterns; A Certain Smile, however, made more use of light and shade; as did Younger Than Springtime.

Right Down To The Bone was a highly organised set piece for the trio with some intricate unison phrasing and La Costa a bustling bossa nova.

But it was the second set that really demonstrated the range, imagination and integrity of Jamal as a pianist. His rare visits to Europe have resulted in his being logged in the memory simply as the perpetrator of rather eccentric arrangements of Poinciana and But Not For Me – and a few other things on obscure Cadets – but Jamal is a musician of considerable stature and of impressive technique.

He is a careful, meticulous, dedicated player who has pioneered a distinctive keyboard approach to the extent that the style sometimes obscures the craftsmanship.

An orchestral player – as all piano trio leaders are required to be – Jamal presides over a highly integrated unit and his support from bassist Mike Taylor and drummer Payton Crossley was controlled, sympathetic and assured.

Jamal paid eloquent tribute to Duke with Prelude To A Kiss and Sophisticated Lady but the tour de force of the second set was a romping treatment of – would you believe – the Love Theme From Spartacus.

Afterwards Jamal told me he’d much enjoyed his debut at Scott’s, had had outstanding reviews and had been generally gratified by the response of the audiences. “Compared to the London House in Chicago, where the musicians come to listen to the diners, Ronnie Scott’s is very good. Most of the time an artist can control his audience – but it is always easier in concert halls where there is a built-in discipline – and there’s no drinking to contend with. In a club there can be problems – but when a room is run by musicians, like Ronnie’s, then things are bound to be that much better. The piano is tip-top, the sound good and the staff are considerate. I really enjoyed myself.”

Jamal said his major pianistic influences were Art Tatum, Erroll Garner, Nat Cole, Bud Powell – “when he was with Cootie” – and Teddy Wilson. He told me that the At The Pershing album with Israel Crosby and Vernell Fournier had sold more than 600,000 copies up to 1969. “Today it would have been a platinum record!”

His latest album is One on Twentieth Century Fox and for the same label he has recorded Jamal Plays Jamal. One of his own favourite recordings, he says, is The Piano Scent Of Ahmad Jamal with Eddie Calhoun and Ray Crawford on Epic which was released in 1955.

“You know Ray Crawford used to be a tenor player with Fletcher Henderson but he had to give up saxophone for health reasons and took up guitar. He was the first guitar player to use that bongo effect by hitting the strings over the mike. That was back in 1950. Now it’s universal.”

Of his Cadet repertoire, Jamal cites Cry Young, The Bright, The Blue & The Beautiful and Macanudo (a big band date arranged by Richard Evans) as the albums he remembers with most satisfaction.