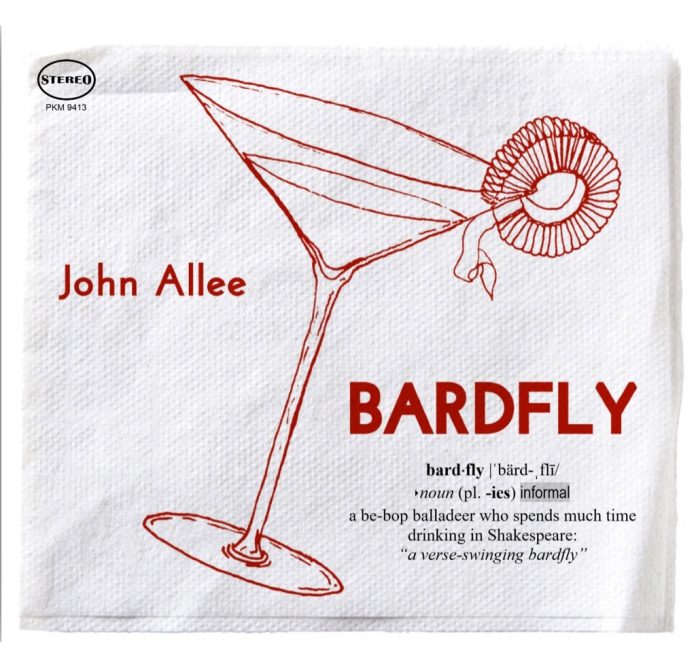 “Now entertain conjecture of a time; maybe it’s 1958, maybe it’s 1598, maybe it’s today…” A great many instances of plain nonsense have stalked Shakespeare’s name down the years: the suggestion that if he was alive today he’d be writing EastEnders, or presenting on Queer Eye, or running round with a grime crew (these are not utterly far-fetched), but what actor and singer John Allee has done is to underline the lyrical universalism of Shakespeare’s drama. The project arose out of Allee’s role as Feste the clown in Twelfth Night, one of his greatest plays, and the request of a director that he come up with a jazz vibe for The Wind And The Rain.

There have been jazz/Shakespeare projects before, of course, including a memorable collaboration between Ian Carr and John Taylor, but what makes Allee’s Bardfly unique is the hip interpretation of songs and lines from Henry V, The Tempest, Othello and others.

In a sense, again not forced, Shakespeare was an improviser with language. It’s not so much that the nonnys and fa la las are evocative of Elizabethan scat, but more that his virtuosic inversions and periphrases are made in the recognition that sense, like a melody, can be bent in many ways and put through many variations. I’ve given improvisation students Shakespeare sonnets to read aloud as examples of how a solo might be structured. Sometimes it works; sometimes the form is restrictive and too obviously cadenced but that’s exactly what Allee has done so well. It feels closer to vocalese, where the words have been found and attached to melodies, rather than finding settings for Shakespeare.

Some will find the whole thing hopelessly anachronistic, and I’m no lover of Hamlets set in motorcycle gangs (though I was once guilty of one) or Much Ado done in post-war Scotland (which I saw no so very long ago), but Allee is so convincing an actor/musician and so evenly in love with jazz and with the Bard that it actually works. He has a great band behind him. No one tries to sound like they’d normally be playing lute and it swings along at a great pace.

Andy Hamilton - 22 August 2021
Trumpeter and composer Michael Mantler, born 1943 in Vienna, moved to America in 1962 to study at Berklee. He then moved to New York, where he worked with Cecil...

Jazz Journal - 29 August 2021
As Richard Williams has observed, Montoliu is a far more interesting pianist today than Oscar Peterson - harmonically more resourceful, more given to subtle humour and with a greater...