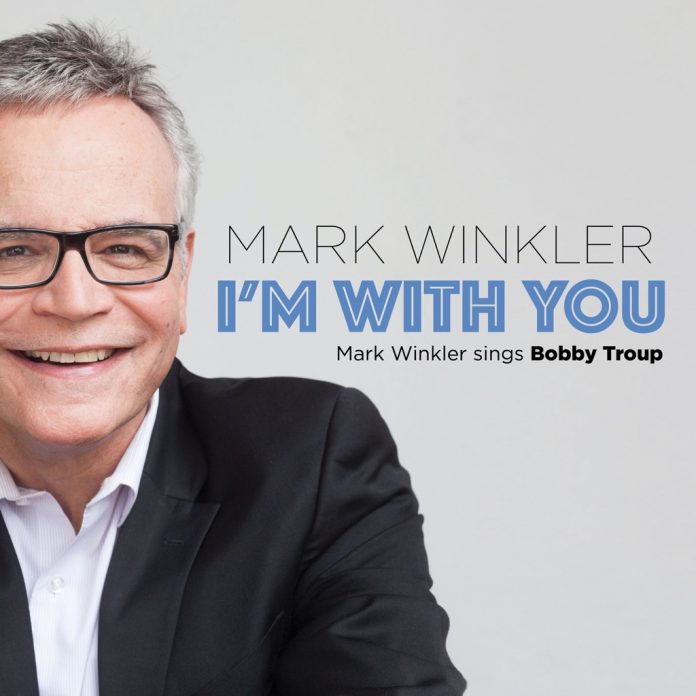 Los Angeles singer and songwriter Mark Winkler has been a fan of Bobby Troup’s songs for some years and he celebrates this admiration on the excellent I’m With You.

Winkler’s cool, swinging, vocal style projects warmth, good humour and panache, from the touchingly romantic Their Hearts Were Full Of Spring, which he first released on 2011’s Sweet Spot, to the bar band warhorse that is Route 66 – which gets a cool, laid-back swing treatment.

Winkler’s been a recording artist for 35 years and his compositions have been performed by Dianne Reeves and Liza Minelli among many others. He has one of the most engaging voices in contemporary jazz: on romantic numbers like the lovely It Happened Once Before he draws out the pathos of the story, on the humorous numbers like Triskaidekaphobia – possibly the only song ever written about the fear of number 13 – or the story of Goldilocks and the Three Bears he pitches the lyrics at the right level to make them genuinely funny.

Although Winkler’s voice is at the centre of these songs, the album owes much of its strength to the excellent production (Winkler and Dolores Scozzesi) and the equally excellent musicians.

The core quartet of Eames (who co-wrote the arrangements with Winkler), Geissman, Davis and Tull is on the money throughout, while guest players Rickey Woodward (tenor sax on Please Belong To Me) and Jamieson Trotter (Hammond organ on the punchy I’m With You) make distinctive appearances. The teamwork pays dividends: I’m With You makes the world seem like a better place.

Click here to buy Mark Winkler: I’m With You