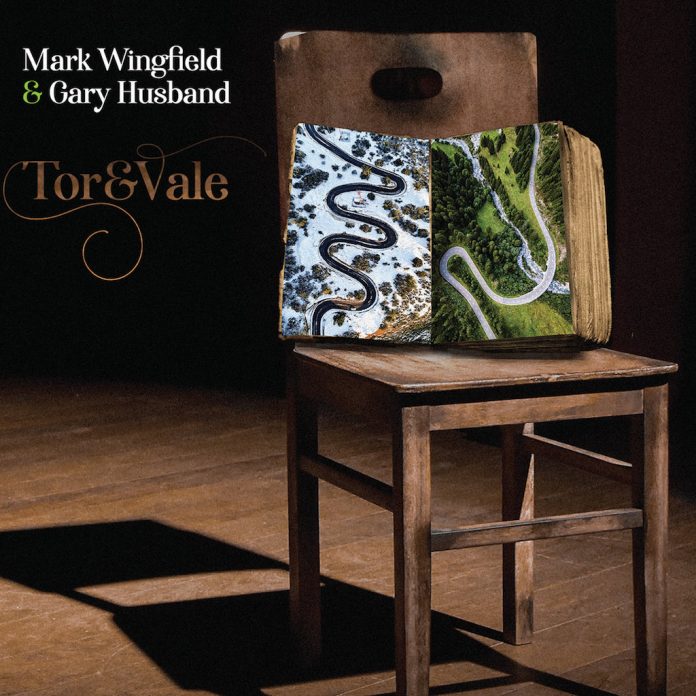 The saintly Bill Milkowski suggests in a liner note that the aim here was to create something like a Terje Rypdal/Keith Jarrett duo album, and it’s easy to see what he means. The obvious difference between that model and the reality of Tor & Vale is the level of freedom Wingfield and Husband claim in these lovely, thoughtful improvisations. Even the composed pieces – all by the guitarist – shake free of their original chord structures and find their own paths.

Recorded at the idyllic La Casa Murada studio in Catalunya, the music isn’t so much performed as steadily revealed, executed with an intimacy and inwardness that is surprisingly rare in improvised music, which often but unconvincingly disavows any theatrical intent. This is two men musing and conversing, often on ideas and at levels that the listener is not privy to. You’ll find a great stillness settles as you listen, an unwillingness to break the concentration of initiates.

Husband is one of the unsung – or insufficiently sung – heroes of contemporary British music, an all-rounder in the Jack DeJohnette mould, while Wingfield brings something of the eerie mystery one heard in some of Ray Russell’s earlier recordings. But where those comparisons – and that with Rypdal and Jarrett – break down is that they don’t reflect the muscularity, or we could say artisanship, of the playing. Wingfield’s pedals and effects add substance and presence but never seem fey or remote. Husband’s phrasing is firm and pronounced, as in his tributes to John McLaughlin and former boss Allan Holdsworth. He allows himself a few moment inside the soundbox, but for the most part relies on big shaped chords and weighty right-hand figures.

There’s no obvious programme to the music. It begins with a bird and ends with the now critically endangered Californian porpoise, and the album title and longest track suggest some kind of landscape vision, but that’s as far as it goes. Best heard as a continuous suite, Tor & Vale is a quiet masterwork by two important contemporaries.

Nigel Jarrett - 10 November 2021
In culinary parlance, prog rock/jazz fusion was the opposite of nouvelle cuisine. The kind of music on this album is reminiscent of sirloin steak, three side-veg, and Newky Brown...