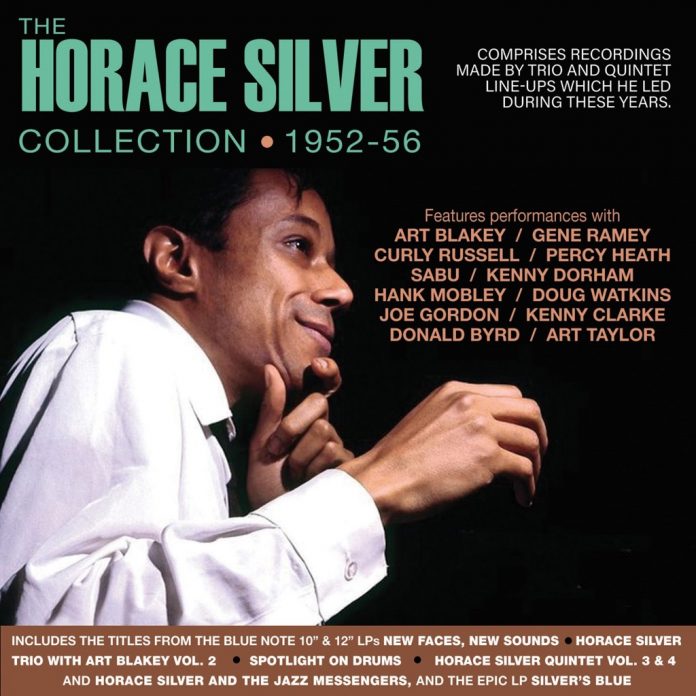 The Preacher, Horace Silver’s gospel-tinged hit from 1955, almost failed to see the light of day. Blue Note boss Alfred Lion deemed it too old-timey to record, whereupon Silver and Blakey threatened to cancel the session. Lion went down a peg or two. The Preacher was released, to the enjoyment of Silver, who had strived to “reach way back and get that old-time, gutbucket barroom feeling with just a taste of the backbeat”.

Suddenly, while the single was spinning in the black neighbourhood jukebox alongside the modern-day rhythm and blues records, most of the general audience viewed Silver as a funky pianist. On a superficial level this assessment is hard to deny, but in truth this musical intellect slyly embedded devices of gospel, blues and Latin music in a framework of deceptively simple harmonies and melodies. They came to define the personality of this most original practitioner of the hard bop era.

The Preacher is included in The Horace Silver Collection 1952-56. The compilation presents four LPs: New Faces New Sounds, Spotlight On Drums, Horace Silver And The Jazz Messengers and Silver’s Blue. It gives ample opportunity to follow Silver’s steps during his quest for new vistas, most of the time with his indelible partner-in-swing, Art Blakey.

These, Silver’s earliest recordings, were made when he had just ended a high-profile stint with Stan Getz and moved to New York, still under the spell of Thelonious Monk and Bud Powell. Yet this period pointed at things to come. Take Horace-Scope, one of Silver’s early gems that the pianist, along with Safari and Yeah (also included here) would recreate to perfection in his famed quintet recordings of the late 50s. Horace-Scope’s bop-inflected canvas is splattered with juicy, repetitive riffs straight from the jump blues era of the 40s.

The quintessence of this two-CD set is Horace Silver And The Jazz Messengers, Silver’s downright declaration of independence from November 1954 and February 1955. The amalgam of ingenious yet smoothly flowing melodies (Room 608, Hippy, Stop Time), down-home crowd pleasers (The Preacher, Doodlin’) and sweeping slow groove (Creepin’ In) benefits from a successful gelling of original stylists: with Kenny Dorham, Hank Mobley, Doug Watkins and Art Blakey, Silver had established his first great quintet.

Silver’s choppy touch and propulsive, rumbling accompaniment is contagious. Furthermore, Silver’s clarity and simplicity as a soloist, the orderly organisation of his harmonies and integration of riff-based patterns suggest the unlikely influence of Count Basie. This music, most of all, is upbeat, driving, in a good mood and, 75 years after the fact, still fresh as a daisy.

Spotlight On Drums and Silver’s Blue are less essential but include such winners as Opus De Funk and Frank Loessor’s wonderful melody, I’ll Know, the latter featuring Kenny Clarke and Donald Byrd.

The Horace Silver Collection 1952-56’s glimpse into Silverland is slightly flawed, missing out on Silver’s game-changing involvement with Art Blakey And The Jazz Messengers. (A Night At Birdland, At The Café Bohemia, the Columbia LP The Jazz Messengers) albeit put together from a hodgepodge of sources, even down to Wiki; the liner notes are extensive and insightful. This compilation is a good introduction to, and pleasant reminder of, the early stylings of Silver.

François van de Linde - 14 August 2021
My first encounter with Gaël Horellou was one for the ages. Approximately four years ago the French alto saxophonist together with American drum wizard Ari Hoenig blew the roof...