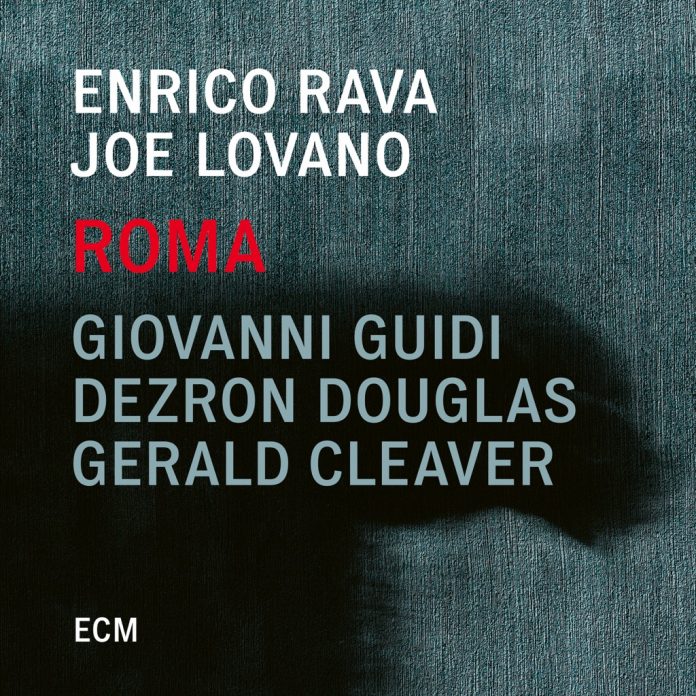 Before creating this live album, Rava and Lovano had rarely performed alongside each other. After being acquainted with one another through shared gigs with Miroslav Vitous and Tony Oxley, Rava and Lovano both agreed that there was an opportunity for brilliant music making. Lovano described Rava: “You could always hear that he had a great passion for the music of Miles Davis, Chet Baker, Art Farmer, Kenny Dorham and Dizzy Gillespie on one side – and for people like Don Cherry on the other side. And that openness and his huge passion about jazz really inspired me”. Vice versa, Rava said: “Joe is an absolute master and he plays with an incredible warmth”.

Treasured pieces loved by both Rava and Lovano make up the heart of the performance. Rava’s Interiors is a lethargic opener which Guidi then progresses into a free-flowing display of genius. In Secrets, Rava and Lovano have the freedom to express their inner capabilities with fine solos displaying post-bop language as well as spacious melodic fragments.

Compositions by Lovano also star in this live work. Fort Worth has plenty of freedom centred around a 24-bar blues and pays homage to Fort Worth inspirations Ornette Coleman and Dewey Redman. Divine Timing, written by Lovano especially for this ensemble, explores unique textures through free-flowing improvisation and an out-of-time metre.

The album concludes with a medley of tracks from Lovano, Coltrane and Arlen. It begins with Lovano on the Hungarian tarogato which immediately draws the ear followed by a 3/4 modal feel, typical of Coltrane. The medley is brought to a sedate end as Guidi performs a graceful solo rendition of Over The Rainbow.

Positively well balanced with avant-garde material and modal repertoire, this album will cater for even the niche jazz aficionado. A captivating way to celebrate Rava’s 80th birthday.

Elliot Marlow-Stevens - 18 May 2021
Presenting an interesting transitional point in the history of one of jazz’s most innovative players, The Summer House Sessions captures Don Cherry leading an experimental group in Sweden, soon...