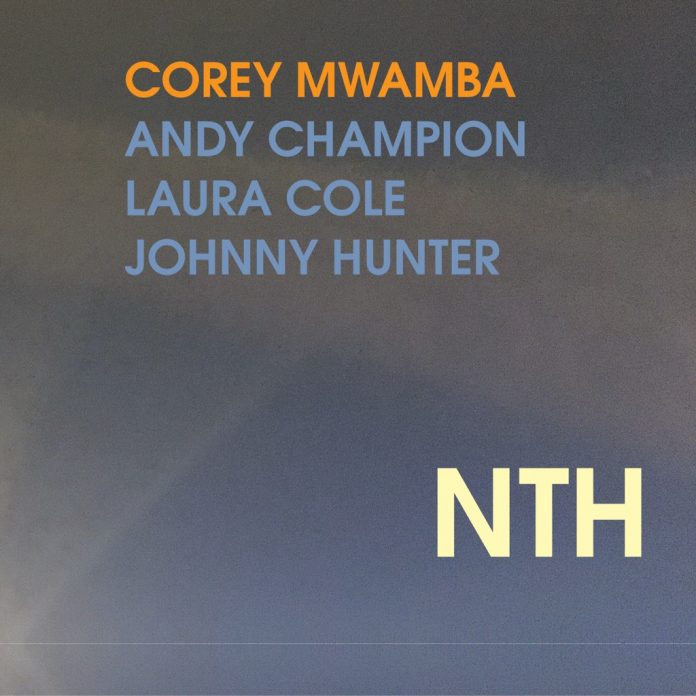 When he started making his own music, Corey Mwamba explains, it was mainly electroacoustic. But “any conversation about black British experimental music is a short one, even today, and I am never included in it”, he comments – so he focused on vibes, as a performer.

As a live performer, that career has now ended, he explains, in a statement somewhat reminiscent of Glenn Gould. Mwamba made the decision a few years ago, and his farewell gig was in his hometown of Derby on 23 March this year. But he will still be making home recordings, and continuing as creative director for Derby Jazz and Out Front!

Among the bands that he’s created or worked with, this quartet hasn’t performed a lot – just four times, the last time on Mwamba’s final date. The leader explains that this was a group he’d long planned to put out – and that some of the material was written as much as 15 years ago. He rightly applauds the way that the players “move beyond the limits of the marks on the page, towards feeling”, presenting “new ways of listening and expressing”.

I knew the participants as skilled performers, but their empathy and feeling on this date go beyond what I’ve heard before – making this a really outstanding recording. Mwamba’s sparkling, iridescent vibes and Hunter’s eager grooves are a highlight, but they are beautifully complemented by the bass playing of Champion and by Cole’s piano.

One of my favourites here is the opening track, Against All Known Things – which backs up the claim that this is rhythmically minded free improv. After a free opening, the vibes state a catchy theme that gets repeated through the performance, with the other instruments twisting and swirling around it, and Hunter providing a compelling groove. Sub(taste) is if anything even funkier, but also free; Orison, in contrast, is a quiet, fragmented exploration. A compelling release.

Jazz Journal - 07 May 2020
“East Bay Grease”: there’s a genre name that has it all – locally specific, blue collar and funky. It borrows from the title of the first Tower Of Power...