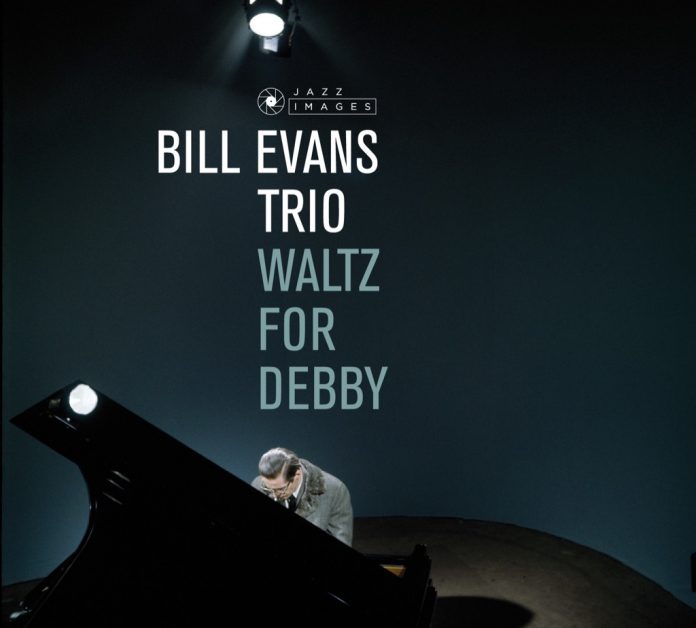 The classic album from Evans, LaFaro and Motian gets another outing, this time on the Jazz Images label, whose USP is the use of photographs by the French photographer Jean-Pierre Leloir – in this case, a couple of images taken in Brussels in 1965 of Evans seated at a grand piano, looking something the worse for wear and sporting an overcoat that John Motson might have rejected.

What’s to be said about Waltz For Debby? A classic, live, piano trio recording, from one of the finest such ensembles to grace a stage, it’s filled with delicate, finger-light playing by Evans and LaFaro underpinned by Motian’s brushed drums. Within a fortnight of this 1961 date LaFaro would die in a car accident, at the age of 25, his own, and the trio’s, full potential left unrealised.

Waltz For Debby provides the minority of the tracks on this CD, however, the first six numbers totalling just under 39 minutes. Evans’s debut as leader, 1957’s New Jazz Conceptions,with Kotick replacing LaFaro, provides the rest of the tracks – a slightly different order from the original release and without I Got It Bad (And That Ain’t Good).

Play this CD in the background and don’t pay too much attention and it’s unlikely the shift from LaFaro to Kotick will be noticeable. Pay close attention and it becomes clearer. Kotick’s sound is much tougher, more in your face (or your ears) than LaFaro’s, keeping things tight and solid rather than dancing lightly around. Motian, too, sounds different: he’s using sticks, with not a brush to be heard.

Matthew Wright - 27 March 2020
Each track on this album seems to have a certain pattern – powerful orchestrated passages interspersed with quiet, at times almost minimalist contributions and more forthright solo and collaborative...