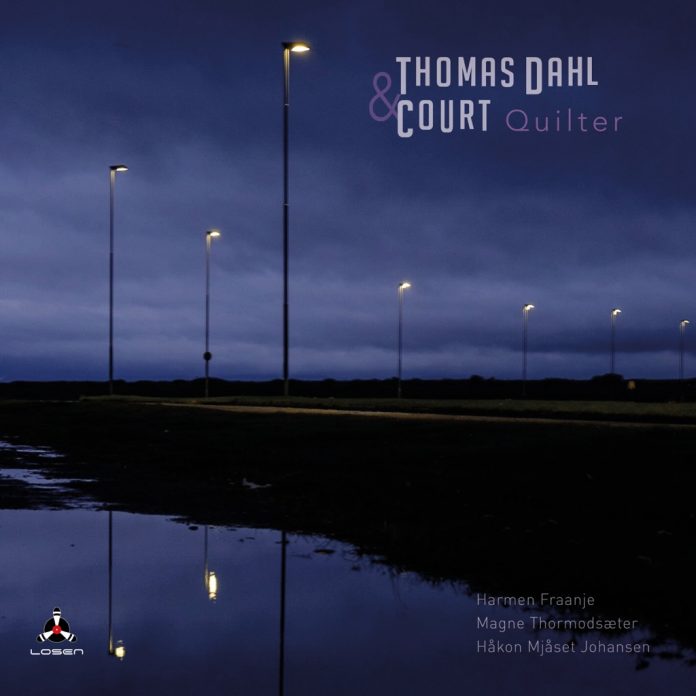 Despite being a frequent visitor to the studios since the early 90s, guitarist Thomas Dahl has only risen to prominence relatively recently. A key sideman to Mats Eilertsen, Dahl appeared on 2009’s Radio Yonder (Hubro), is a lynchpin in the bassist’s Skydive Trio and Quintet, and more recently appeared in the Rubicon ensemble which recorded for ECM in 2016. A thoughtful post-Frisellian stylist, Dahl’s slow-burning approach is not dissimilar to that of Jakob Bro.

This release marks the debut of a brand new band, and Erik Steinskog’s liner notes explain the group’s modus operandi well. He describes a process in which the ensemble’s individuals layer intersecting lines in accordance with Dahl’s loose compositional rubric. The resulting musical forms are at once both loose and coherent.

The opening Hermit makes an excellent case in point. Building from a simple bass ostinato and coloured by Dahl’s atmospheric and almost pedal steel-like chimes, the piece takes gains its melodic impetus from Fraanje. As Dahl’s elegant theme coheres I’m fleetingly reminded of Wayne Horvitz’s Sweeter Than The Day band, though the tight ensemble unisons soon quickly give way to much freer forms of association.

A Wall shows Dahl to be a gifted composer – sleek and contemporary, the guitarist’s searing solo is anchored only by Fraanje’s repeating minimalist patterns. Ballestre develops from low-key origins into a spacious ballad, with both Dahl and Fraanje flirting with abstraction before the ensemble returns to take a final look at its bewitching melody.

So And So and Dice resemble unfinished sketches as they teeter precariously on Thormodsæter’s playful bass-lines, but Rad 3310 is by contrast a large shapeshifting composition which frames a breathtaking Fraanje solo peppered with discordant but deliberately placed clusters. Another of the pianist’s revolving cells is heard at the beginning of the epic title track, where Dahl’s cleanly articulated solo is endlessly inventive. Winding down with an elegant coda, not a single note or beat is misplaced during Procession’s stately progress.

Whilst Dahl and Fraanje are undoubtedly the group’s principal melodic voices, the extent to which their improvised flights are shaped by group interaction cannot be overstated. Utterly compelling from first to last, Quilter is unmissable.

Jazz Journal - 27 July 2019
With his undoubted ability to cater to the public's desire for fast food in friendly surroundings and his idiosyncratic feeling for dietary variety in jazz, Peter Boizot, the impresario...