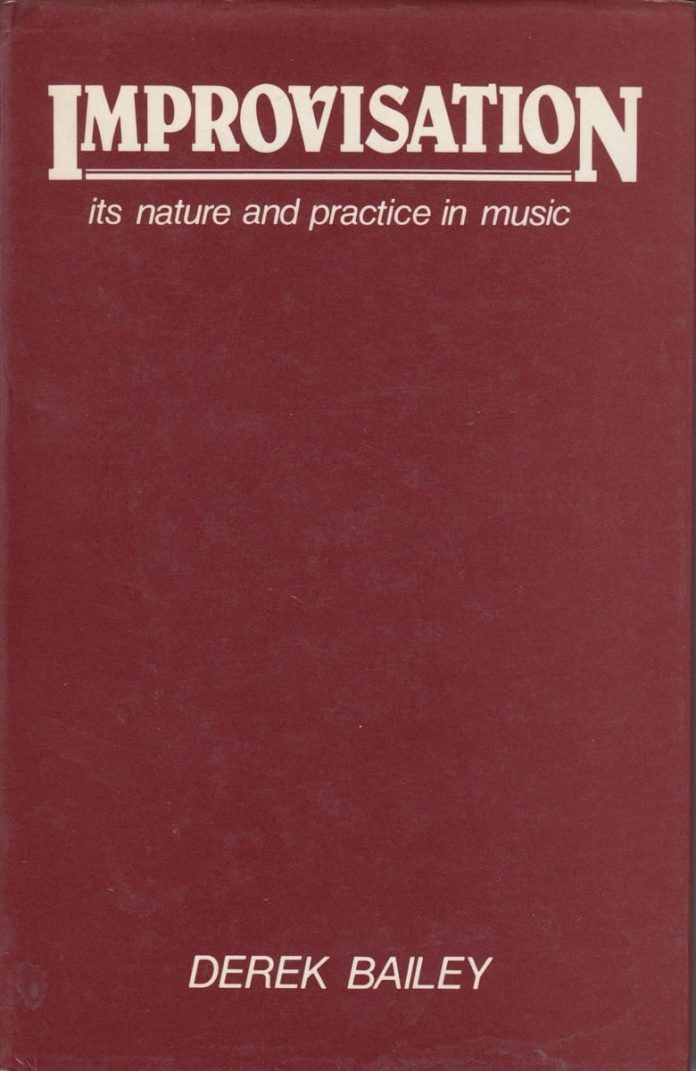 Guitarist Derek Bailey, a pivotal figure in free improvisation, based this book on radio interviews with leading exponents from various musics employing improvisation. By nature, improvisation is ephemeral and elusive, which on the one hand accounts for the previous lack of documentation about it, and also results in musicians’ accounts of the process being mainly in abstract and aesthetic rather than technical terms.

One conclusion that emerges from discussions with many players (from Indian, baroque, flamenco, organ, rock, jazz and free music) is that improvisation is concomitant with vitality and development in any genre, allowing as it does the unhindered, spontaneous flow of new ideas. Baroque illustrates the fate of music with little improvisation: once highly spontaneous, it now features improvisation only as decoration, a petrified non-evolving music.

Jazz comes in for some unequivocal treatment, reasoned along similar lines: “The single most important contribution to the revitalisation of improvisation in Western music in the 20th century was that made by jazz.” Later a contemporary assessment renders: “Once rightly described as the sound of surprise (it) is now chiefly listened to as a reliable reminder of yesteryear.” Interviews with Ronnie Scott and Steve Lacy represent conventional and free jazz respectively, Lacy providing a neat summation of jazz development: “Jazz from the beginning was concerned with degrees of freedom” (each consecutive innovator being freer in expression than his predecessor).

A large part of the book concerns Bailey’s own speciality, non-idiomatic free improvisation. Connections with jazz are not denied, but essentially the music strives to transcend category. The search for the new and the maintenance of complete freedom of expression are the basic tenets: whereas many musics superimpose improvisation onto a pattern, free music is the opposite, fundamentally avoiding pattern.

Nigel Jarrett - 01 July 2020
Father-and-son acts are rare in jazz but ought to guarantee a fair amount of familial understanding, especially when they've been going for 35 years. That's how long Norwegian pianist...