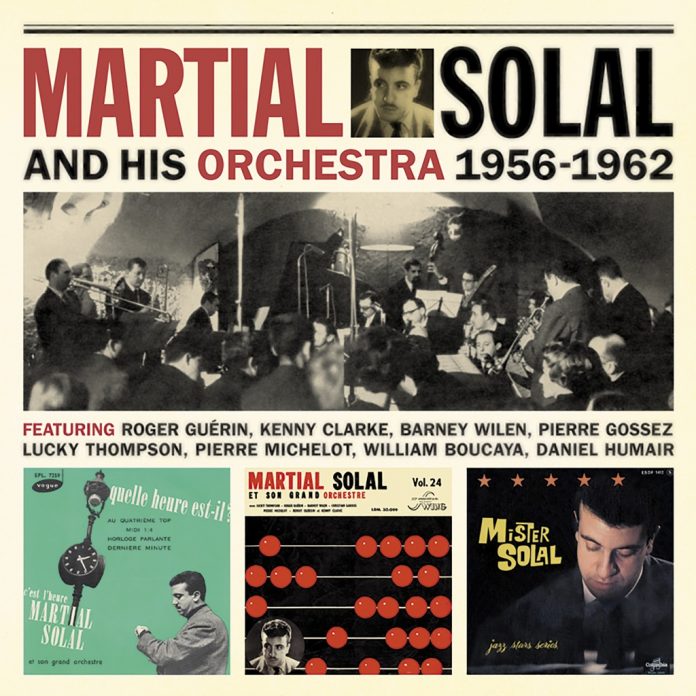 Martial Solal is one of those musicians whose playing is distinctive at a conceptual level, in common with someone like Herbie Nichols, for all the dissimilarities in their work.

This compilation captures his orchestral arrangements, all of which dodge the clichés with aplomb. Gerald Wilson might be a name to cite comparatively in this regard, but again the resulting music is Solal’s own, as Petite Poupee shows, with Pierre Goussez’s soprano sax lending distinctiveness to the ensembles.

Anyone looking for solos is going to be disappointed as the brevity of the tracks allows time only for the depth of Solal’s talent as an orchestrator to register, as it does on A Titre Indicatif, which is basically 55 seconds of a lot happening, and not one second lacking intrigue.

Taking the album chronologically reveals how Solal not only warmed to the task of orchestral writing with the passing of time, but also grew into it, as though the conciliation between his approach to the keyboard and arranging was an easy, evolutionary process. His necessarily brief piano solo on In The Moon highlights this, although again there’s a density about the music which defies time restrictions.

In short, this, rather like Andre Hodeir’s, is music that repays both close listening and study regardless of the risk of ending up in an academic backwater. Its avoidance of the obvious never descends to the level of contrivance and is evidence of a considerable musical mind in action.

Elliot Marlow-Stevens - 13 January 2022
First released in 1956, Lady Sings The Blues was Billie Holiday’s last album for Clef Records before moving to Verve, and only three years before her tragic and untimely...