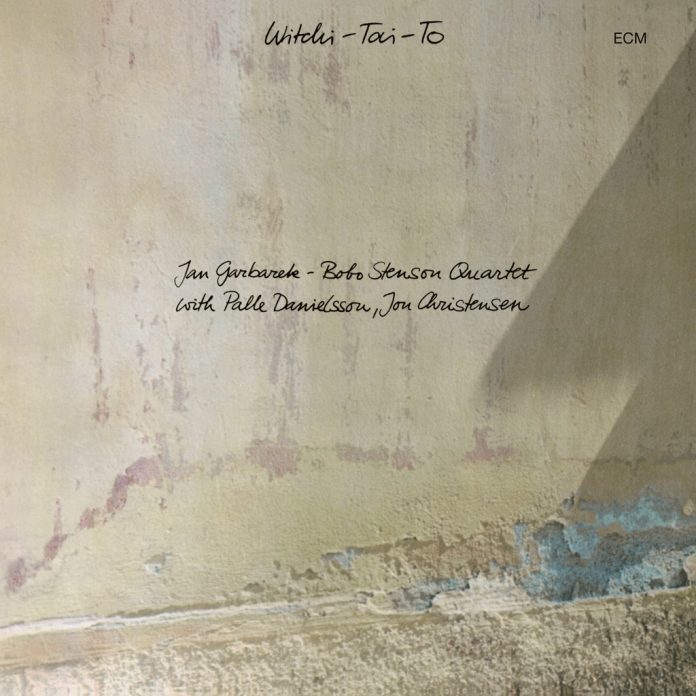 This outstanding album from one of the most popular jazz groups in Europe and Scandinavia in the mid-to-late 1970s was originally scheduled to be a trio session under Stenson’s name. But after he and Garbarek had hooked up at a jam session during the 1973 Polish Jazz Jamboree in Warsaw, where Stenson was booked to play with Don Cherry, it turned into the quartet album many have since come to relish.

Reissued in 2012 as part of the ECM three-CD box set which also featured this Norwegian-Swedish ensemble’s very different, but equally superb follow-up release, the 1975 Dansere, it appears now – with its original and excellent sleeve-design and art work by B & B Wojirch – as part of ECM’s 50-album Touchstones series issued in celebration of the label’s 50th anniversary.

The soulful presence of Don Cherry (with whom Garbarek had jammed in Oslo in the late 1960s) can be felt in music suffused with lyrical melody and propulsive rhythm alike. The opening A.I.R. (All India Radio) by Carla Bley featured on her 1968-1971 Escalator Over The Hill, played by Cherry’s Desert Band. Its hypnotic drone effects and 6/8 pulse elicit crisply driving lines from Stenson and a judiciously stepped, ever-building solo from Garbarek, his soprano sound simultaneously airy and biting ( I can’t recall who came up with that perfect characterisation, but I wish it had been me). There’s a distinct quality of ritual quest to the piece, a quality which also marks the simultaneously coiled and expansive figures of the potent title track and the concluding and more expansively developed Desireless.

Witchi-Tai-To is a pentatonic peyote vision chant composed by native American Jim Pepper, aka Flying Eagle or Hung-a-che-eda (1941-1992). While Pepper’s own and very fine tenor and vocal-fired version, which can be heard on his 1985 Comin’ And Goin’, is founded on rolling, repeated rhythms, the action here is more dynamically varied, and chiefly supplied by Stenson – who was taught the piece by Cherry during one of the trumpeter’s many sojourns in Stockholm. His ad libitum introduction shifts gears seamlessly, setting up to perfection Garbarek’s eventual entry and soaring solo, again on soprano. Long a concert favourite of Garbarek’s, the piece was reprised on his 1992 Twelve Moons, but this 1973 cut remains the definitive version.

Desireless is a Cherry piece, its title coming perhaps from the opening lines of the Tao Te Ching: “Ever desireless, one can see the mystery”. Given a brief albeit beautiful reading by Carlos Ward on Cherry’s own Relativity Suite, here the yearning, arch-like melody (again pentatonic) inspires some 20 minutes of both arco-fed, rippling rubato reverie and ostinato-sprung, piano-and-tenor fired power, with the interaction of Danielsson and Christensen superb throughout.

In contrast, the floating, rhythmically indeterminate ballad that is Danielsson’s beautiful Kukka (Flower) is rendered with an elegant lightness of touch all round, while the passionate reading given Carlos Puebla’s Hasta Siempre is founded on the measured force of Christensen’s tango-like accents and drive. With its clear-cut, compulsive melodies and energising blend of rubato meditation and diversely fuelled rhythmic power, Witchi-Tai-To remains one absolute cracker of an album.