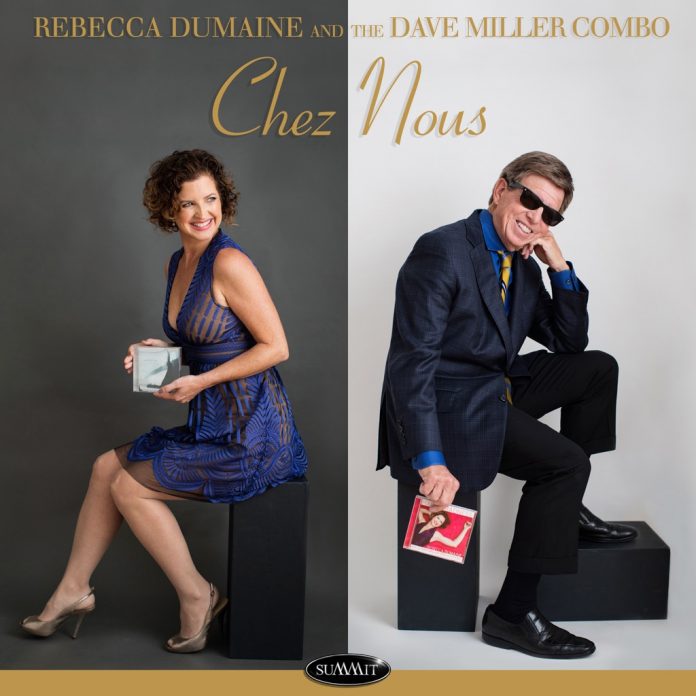 Were I browsing the easy listening bins in Fopp and stumbled across this album, vocalist and players totally unknown to me, I might well buy it on the strength of track 13, Do It The Hard Way.

The tune formed part of the original Broadway score from Pal Joey in which the numbers were divided between the plot songs – Bewitched, Our Little Den – and the kind of song you’d hear in the kind of cheap night club in which Pal Joey was set. Do It The Hard Way, along with Plant You Now, Dig You Later, Happy Hunting Horn etc, was one of these, which means that outside of cast albums you never hear them. Theoretically, that is, because lo and behold Rebecca Dumaine has seen fit to include it on a brand new 2019 CD.

An impulse buy is one thing, getting it home and turning it loose on the CD player is another. The album boasts a fairly decent songstack with 10 out of the 14 tracks definitely out of the right bottle, and yes, all four musicians know which end to blow and weigh in with respectable contributions. The voice is clear, true, pleasant enough, though has a way to go with phrasing, crucial to quality material.

Bonus points for including Tangerine, Alice In Wonderland and Que Reste-T-Il De Nos Amours in both French and English. The Trenet number is one that needs all the phrasing it can get but overall it’s a good effort.

Discography
When In Rome; So Danco Samba; I’ve Never Been In Love Before; Ev’rything I’ve Got Belongs To You; Chez Moi; I Didn’t Know What Time It Was; Tangerine; Yesterday; You’re Getting To Be A Habit With Me; Just The Two Of Us; Give Me The Simple Life; Alice In Wonderland; Do It The Hard Way; Que Reste-T-Il De Nos Amours/I Wish You Love (56.38)
Dumaine (v); Dave Miller (p); Chuck Bennett (b); Bill Belasco (d); Brad Buethe (g). Oakland, Ca, 20, 21 June 2018.
Summit Records DCD 748

Michael Tucker - 24 February 2020
This unusual trio's debut album Music From An Imaginary Landscape was released to acclaim in 2017, leading to extensive tours in Europe and China. The flowing, modally sprung and...