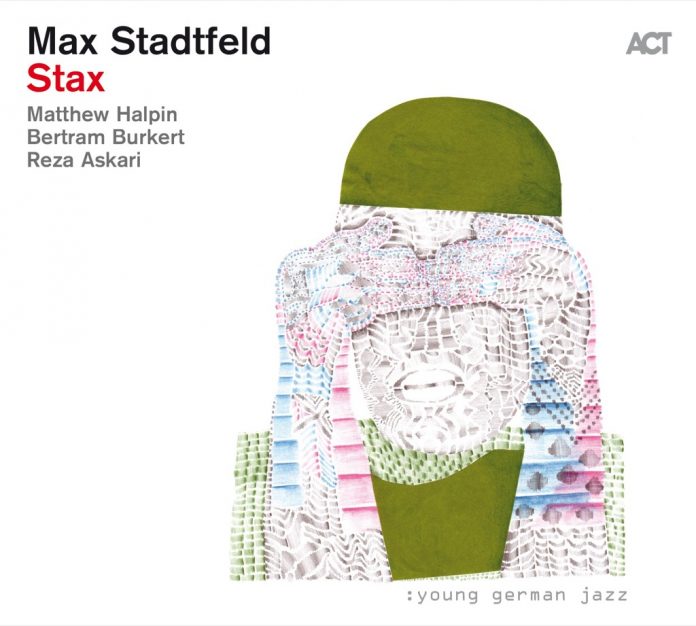 This rather shapeless debut album for ACT by young German drummer Max Stadtfeld is like an overlong book that needs a good editor. The ideas are there, but it’s not quite fully formed. The slightly clunky liner notes in the CD’s digipack give a brief history of how Stax (pronounced “schtaks” and apparently a free-form short version of the name Max Stadtfeld) came into being. Stadtfeld studied at the University of Music and Theatre in Leipzig under both Heinrich Kobberling and fellow ACT artist Michael Wollny. Visits to local clubs freed up his playing, and the results influenced the music composed and performed on this album.

Quite how to define and describe that music is challenging. Eight of the 10 tracks are composed by Stadtfeld; fiddly twiddly, scurrying tunes that often seem directionless, sometimes melodic, most times not. The sound is dominated more by Matthew Halpin on tenor sax that it is by Stadtfeld’s drumming. The Irish tenor man, now based in Cologne, has a multi-faceted tone. Sometimes he sounds like Coleman Hawkins, sometimes he sounds like he is playing under water, as on a strange interpretation of Cole Porter’s Begin The Beguine.

Often, rather than play a sequence of notes, Halpin honks out individual blasts of sound for others in the band to pick up and run with. This sometimes means Bertram Burkert gets to noodle away for a few minutes on guitar, or Stadtfeld and Askari toss things around between them on drums and bass.

Ultimately, it is all rather disappointing, as if the breadth of ideas has swamped the actual performance and rendered the overall album something that doesn’t quite know what it wants to be. Returning to those slightly clunky liner notes, the point is made that the music here is “not just some intellectual showing-off”. I’d beg to differ.

Nigel Jarrett - 02 January 2022
November 2021 marked the 64th anniversary of the first “live” jazz recording at the Village Vanguard in New York – by Sonny Rollins. Although bassist Christian McBride's quintet, Inside...