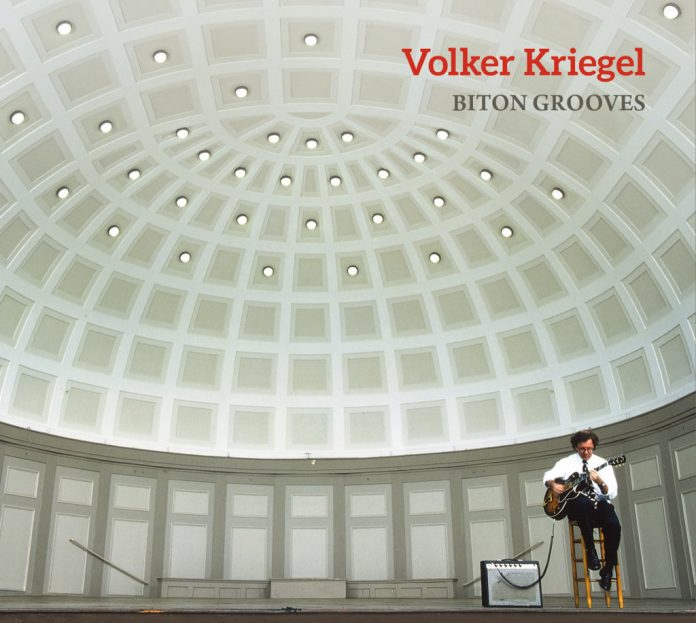 MIG are doing a good job of reminding the world of the many achievements of the late Volker Kriegel. In his lengthy entry on the German guitarist for the first edition of Jazz: The Essential Companion, fellow United Jazz and Rock Ensemble member Ian Carr tells that this prolific guitarist and composer (and noted cartoonist) wrote a good deal of music for TV programmes and animated films. It’s this functional side of Kriegel that we encounter on the two discs here, named after the Biton-Studios in Frankfurt where the various sessions were cut in either 1974 or 1978.

In a useful sleeve-note, Lothar Trampert defends the music – each track of which comes with descriptive tags for would-be users, such as  “rock groove”, “Latin rock’”and “funky rock”  – against the charge of easy listening, pointing out that there is plenty of assured, quality playing to enjoy.

It’s a fair point. However, after the impact of the opening five tracks of CD1, with Weber and Brüninghaus  on board, had begun to fade, I began to wonder how I could listen to a further hour-plus of such smoothly rendered, chiefly mellow fusion fare.

Fortunately, things pick up considerably on CD2 , with the energy levels and sense of attack generally far more compelling (to these ears, at least). It’s both the crisp, bluesy bite and the flowing harmonic grace of this latter music – which reminds one that Kriegel’s early elective affinities included Wes Montgomery – that led me to give this double-CD set a three rather than two star rating.

Steve Voce - 02 April 2020
Although historically the music on this album doesn’t hold the dawn of hard bop, it always felt like it to me. Morgan and Shorter were its early voices in...