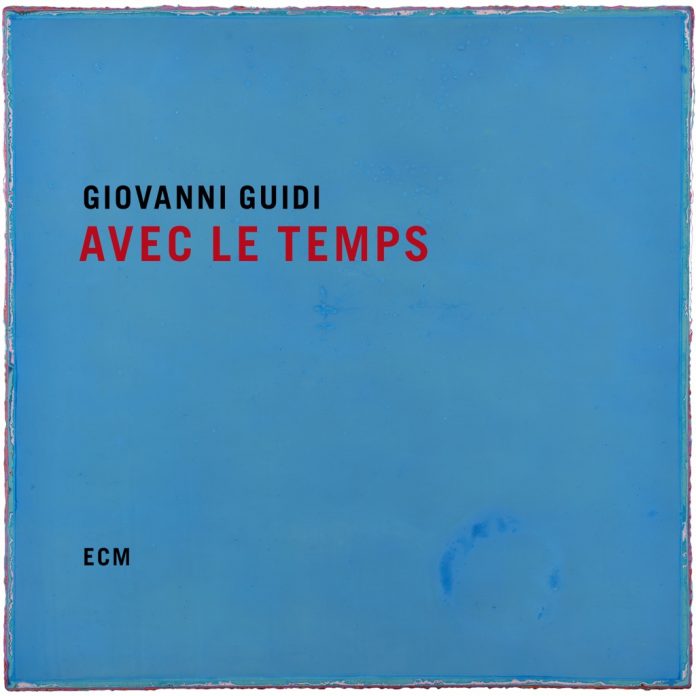 Italian pianist Giovanni Guidi’s fourth set for ECM finds him expanding his usual trio to a quintet with the addition of saxophonist Francesco Bearzatti and guitarist Robert Cecchetto, both of whom fill out the sound with at times some surprising contributions.

The set opens quietly with an instrumental trio interpretation of Avec Le Temps, a yearning song of love and loss by Monégasque poet Léo Ferré, distinguished here by the haunting bass lines of Thomas Morgan and drummer João Lobo’s ethereal brushwork. It then picks up with the more strident 15th Of August, a quintet performance which allows Bearzatti to move into areas of pure sound. A drone-like riff anchors the piece perfectly. Postludium ups the ante again, its quiet stance interrupted by Bearzatti’s impassioned, squalling lines.

From here on in, the set presents an intriguing contrast between collective quietism and individual free expression, the often-haunting themes supporting solos that open out in unexpected ways.

Guidi himself is best heard in full romantic flow on Caino and is subtlety itself on Johnny The Liar, while guitarist Cecchetto plays the beautiful melody of Ti Stimo with great feeling, Lobo stroking the edge of his cymbals to accompany him with barely perceptible scratches of sound. An affectionate trio tribute to trumpeter Tomasz Stanko ends the set.

For its mix of the beautiful and the unexpected, the traditional and adventurous, this set cannot be bettered.

Bruce Crowther - 06 December 2019
First attracting widespread recognition when she won 1993’s International Great American Jazz Piano Competition, in the past quarter-century Lynne Arriale has grown in stature, becoming one of the very...