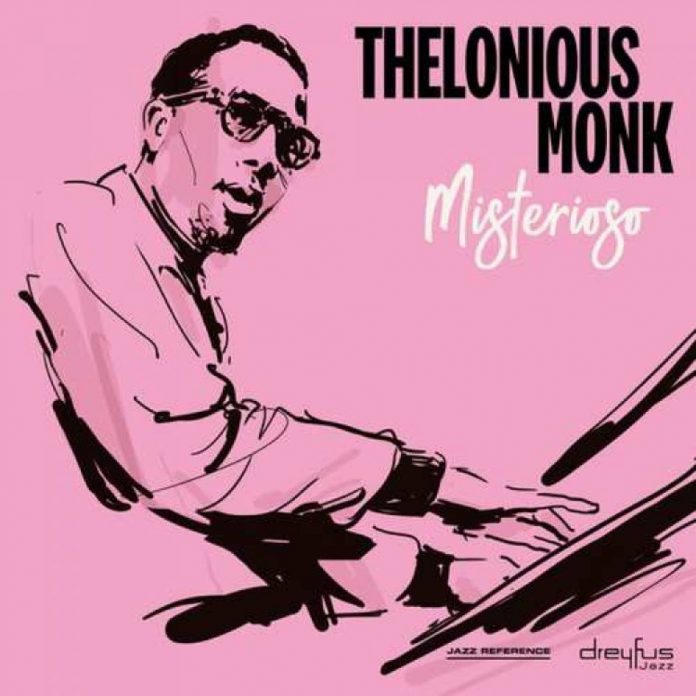 The sleeve notes say it’s for those who already love jazz, those rediscovering jazz and the younger generation, presumably who are not familiar with the music. So far, so good. Sort of. But it’s bit of a mishmash and seemingly a subjective choice.

It’s mostly from the two Monk Blue Note albums, but omitting five of the tracks and all four with Kenny Dorham, Lou Donaldson and Lucky Thompson, but including a few from the same session released (on Blue Note) under Milt Jackson’s name. Then, for some reason, Mohawk and Bloomdido from the Verve/Clef Bird and Diz recording. So manifestly not for those who already love jazz – because we will already have these with the missing tracks, although admittedly the original Blue Note albums had a muddled layout.

However, if you want an introduction to Monk’s early music for a newcomer, it’s not a bad choice. The trio tracks show how different Monk’s handling of standards was from any of his contemporaries at the time, and the rest show the correspondence between his playing and compositions, the expression of his ideas, and how rhythmically challenging they were for the musicians taking part.

It’s a treat to hear these at any time – fresh, immediate and immensely appealing – and worth five stars just for the horns and Monk on ’Round Midnight. Shivers down the spine time. But as it omits so much, and the material is available elsewhere in more comprehensive format, only three. Shame, as it stayed on my vehicle’s CD player for days, which must mean something.

Sally Evans-Darby - 29 April 2019
This gem of a recording from 1972 finds Etta Jones in excellent voice supported sympathetically by the Cedar Walton Trio, which is also on top form. Never previously issued...