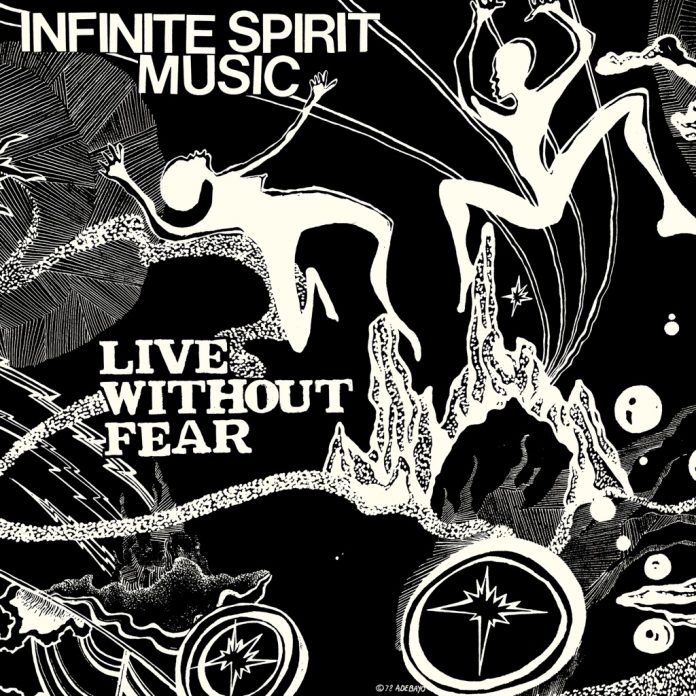 It’s no wonder that Live Without Fear ranks at number 27 in Jazzman’s “Holy Grail” series. As the title suggests this is spiritual music but it also represents a direct reference to the very roots of jazz. It follows in the wake of milestone albums that deployed vocals and assorted percussion, augmenting conventional jazz instrumentation to create dramatic soundscapes that may never before have been heard in contemporary music. Max Roach’s Freedom Now Suite, John Coltrane’s Kulu Sé Mama, Archie Shepp’s, Yasmina, A Black Woman and Pharoah Sanders’ Karma represent some prime examples. Sun Ra’s Arkestra was obviously another, albeit highly idiosyncratic, influence.

Given that the original album was produced privately and received sparse distribution, copies have subsequently commanded huge prices. Since its release in 1980 on the Ancient Afrika Records label, it has only been reissued once, courtesy of the Japanese Shout! label. The atypical length of the album was notable since most LPs averaged a maximum duration of 45 minutes, shared over two sides, but here there’s a little over 50 minutes worth of music.

Gerald Short’s Jazzman label has reissued this ultra-rare record with the collaboration and blessing of its main protagonists. Pianist Soji Adebayo was the progenitor of Infinite Spirit Music’s Live Without Fear. His colleague on the record was the multi-instrumentalist Kahil El’Zabar, who was a member of the Association for the Advancement of Creative Musicians (AACM), becoming its chairman in 1975.

There’s a range of styles on the album, oscillating from the subdued electro-jazz of Children’s Song and Bright Tune to the percussion-rich, vocal declamations of Ritual and Father Spirit, Mother Love. There’s also a reggae-infused rhythm pervading Rasta. Arguably the album’s apotheosis is its title track which at just over 10 minutes evinces a hypnotic groove laced with soulful vocals, soaring soprano sax and gratifyingly exuberant piano, culminating in an unrestrained percussive foray.

The meaning of the album’s title, Adebayo explains, is simply “to live in material reality with faith”. He also reveals in the new liner notes that his album was listed on the eBay collection of 100 most important self-produced records and called the “holy grail of spiritual African jazz”. Irrespective of any commercial aspects that the album’s rare status generated, this is important, heartfelt music which rightly should be venerated.

Steve Voce - 02 March 2021
While Jimmie Noone belonged in the upper echelons of the New Orleans clarinet dynasty and might have seemed sophisticated in comparison with, say, Johnny Dodds, he was in fact...