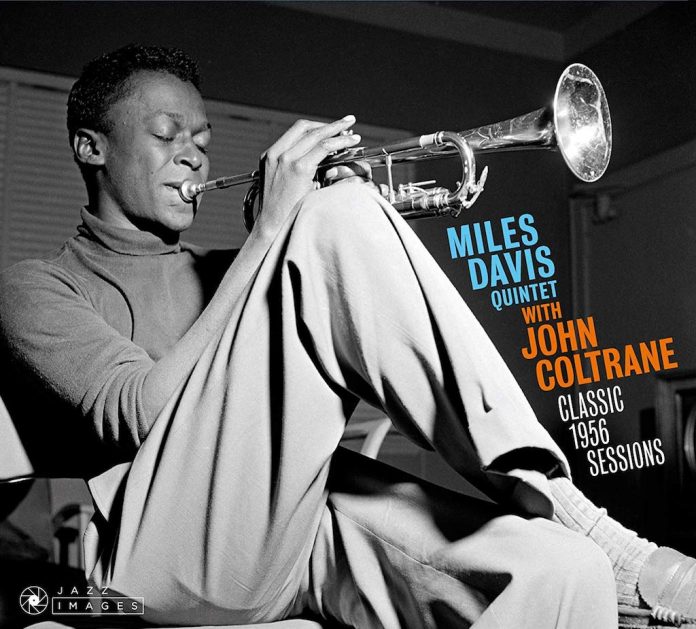 Coltrane, Garland, Chambers and Philly Joe Jones were comparatively unknown when Miles Davis recruited them in 1955 to form his first regular working band. Sonny Rollins had actually been first choice for saxophone but he disappeared after a few weeks to sort out his narcotics problems so Davis hired Coltrane, another addict, in his place. Whilst not considered to be jazz A-listers at the time, this line up would come to be called Davis’s “First Great Quintet” and would eventually be regarded as one of the finest combos in jazz history. It folded within 18 months when Davis fired Coltrane and Jones.

Davis had put the band together in order to record sufficient material to fulfil a contractual obligation with Prestige so that he could leave and take up a more lucrative deal with Columbia. Accordingly, the quintet recorded 26 tracks in two marathon sessions on 11 May and 26 October 1956 resulting in four epic LPs: Cookin’, Relaxin’, Workin’ and Steamin’. Prior to these classic sessions and before Davis had managed to come off heroin, his prospects had nosedived. These Prestige albums helped re-establish him, enabled him to salvage his career and elevated his band members to the big time.

Davis had decided to record the sessions just like they were playing a club date, spontaneously and with no second takes.The tracks on the albums are heard “live” here in the “correct” order that they were recorded with one session on each of two CDs. However, Ahmad’s Blues, a piano trio number which appears on Workin’, has not been included.

The repertoires of both sessions comprise absorbing post-bop arrangements of songbook standards mixed with Davis originals and one or two from Monk, Gillespie, Rollins and Brubeck. They demonstrate Davis’s evocative sound and his mastery of the metal mute. They also reveal the emerging talent of a young Coltrane, the melodic swing of Garland and a flawless rhythm section which became a model for many other bands.

Being akin to a live performance, the sessions are not entirely perfect. There is some hesitancy in some of Coltrane’s soloing. But the delivery is real and the overall quality of the material recorded here is astonishing.

Mark Gilbert - 07 May 2021
The title is a play on Shuffle Along, Eubie Blake’s 1921 Broaday musical, written in partnership with Noble Sissle, and with Blake as a starting point this piano and...