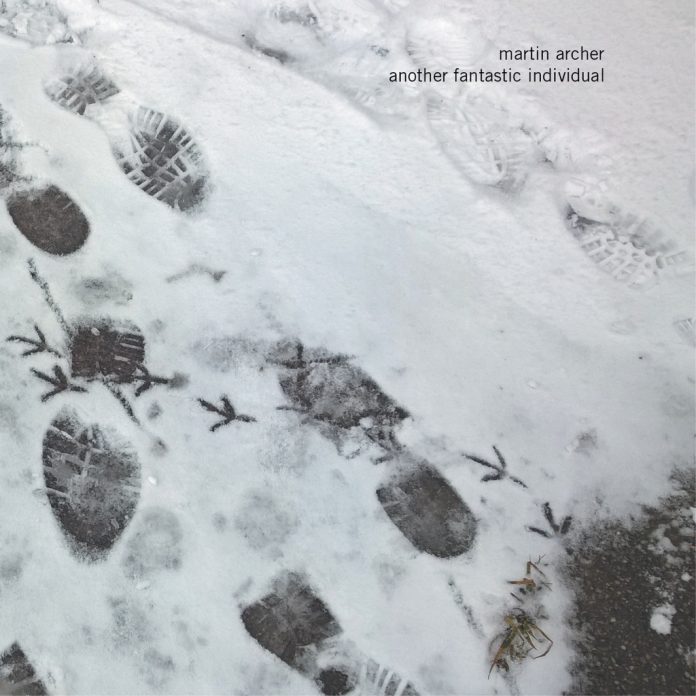 “I learned to play saxophone this way by listening to . . .” Longish list follows, containing most of the obvious modernist names, though only Evan and Maceo among the Parkers, Fathead Newman a slight surprise, Kirk a puzzling omission given Archer’s taste for multiple horns and for combining abstraction with folksy immediacy and no Coleman Hawkins from the old school. To my relief, Harry Carney is there, because I’ve always assumed he’d exerted some kind of tug on Archer’s work on the baritone, and there are lots of Brits . . .

. . . which leaves me wondering why the compliment isn’t more often returned. Apart from his work with Hornweb, Archer goes relatively unrecognised in his native country. The Discus imprint is the locus for much of his work, a one-man operation that is also open to other voices (notably collaborator Julie Tippetts and Mick Beck’s trio) but used mainly for Archer’s own experiments. The test question here was whether the kind of stuff that Hornweb used to do as a sax quartet, could be pulled off by a single executant. I’d say the proof is pretty evident.

There are completely unaccompanied, single-horn things like Song For Zara Grace, but elsewhere Archer uses studio techniques to create a particularly playful and layered sound which will defeat most blindfolded listeners. The only non-original piece is Roscoe Mitchell’s Jo Jar, an intriguing choice lifted from the 1981 Sound Ensemble LP 3 X 4 Eye on Black Saint and one that I know has turned up in Roscoe’s touring sets since then. It suggests a particular approach to composition, looser than is usually associated with Mitchell’s non-Art Ensemble work and definitely from the funkier and more street-oriented side of things.

There are moments throughout the set when a brief snippet might lead you to think you were hearing something from John Surman’s Westering Home, and that’s probably as good a point of comparison as you’ll find. A really intriguing record from an individual who’s made some fantastic but scarcely noticed records in recent years and who is far from A. N. Other in anyone’s list of significant contemporaries.

Brian Payne - 05 January 2022
This is Dutch saxophonist Ben van den Dungen’s fourth album with his quartet. It was recorded live during an extensive tour in the Netherlands. The quality of sound is...