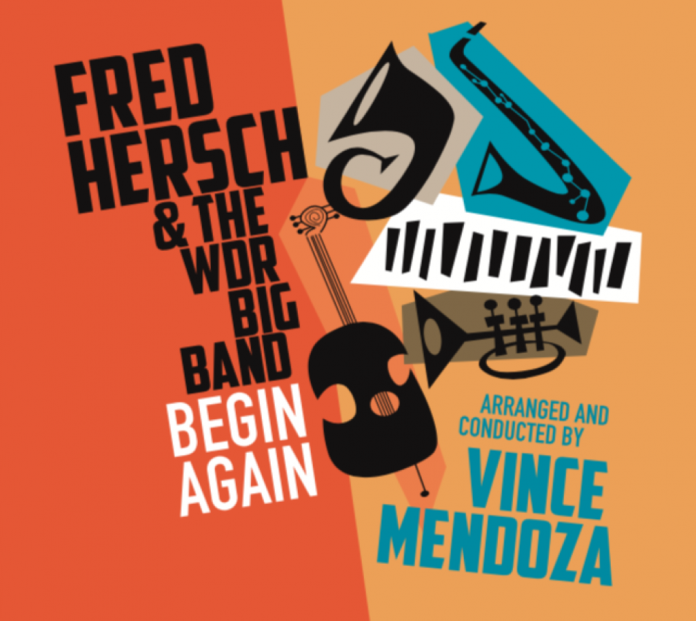 I suppose it is still every jazz musician’s dream to front a big band, especially one as fine as the current Cologne-based WDR ensemble. Pianist Fred Hersch has always been a man with dreams, and he obviously enjoyed his big band experience immensely.

All the nine tracks on the set were written by Hersch, their arrangements and conducting held in the more than capable hands of Vince Mendoza. The serried ranks of 13 saxophones, trombones and trumpets sumptuously cushion the arrangements, although I found some of their charts a tad traditional, but they do allow plenty of space for Hersch’s – and others’ – vital solo contributions.

Hersch is as ever polite and restrained, his romantic side to the fore on Song Without Words and elsewhere, his more fluent approach evident on Forward Motion and Havana, where tenor saxophonist Paul Heller adds some much-needed bite.

Out Someplace stands out for its atmospheric and eerie charts, Rain Waltz for its effortless superiority and ingenuity. Best of all is The Big Easy, with its evocative New Orleans flavour enhanced by a fine gutbucket trombone solo from Ludwig Nuss.

As a big band outing, it is true to say that this set could have been recorded at any time in the last 50 years, but then some good things just don’t age. Well done, Mr Hersch, for setting this whole session in motion.

Steve Voce - 26 June 2019
It was perhaps easier for the new jazz listener to come to bebop than for the one already steeped in Armstrong and Ellington. There were several methods to help...

Jazz Journal - 25 April 2022
This is one of a series of taped interviews with musicians, who are asked to give a snap opinion on a set of records played to them. Although no...