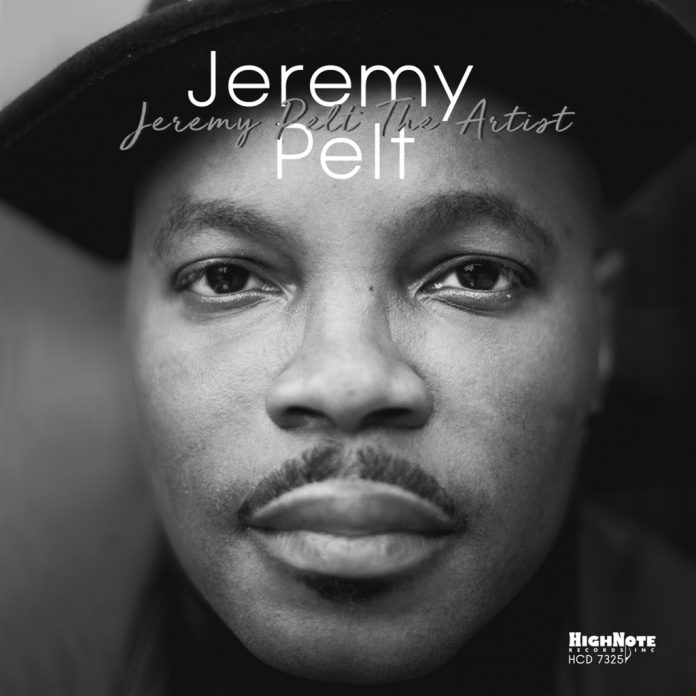 I first heard Pelt live at the 2018 Bergamo festival, where he delivered an exhilarating set, leading a superb band that included the pianist on the present album, Victor Gould. The material on that set was relatively conservative, but totally involving – by which I mean it was in state-of-the-art postbop mode, with roots in Miles Davis’s later 60s acoustic style. This album is more exploratory, but equally compelling.

It’s an LP-length CD, and only half of that features music dedicated to the artist in question, Auguste Rodin (1840-1917). The Rodin Suite comprises the first five tracks, and is inspired by sculptures at Paris’s Musée Rodin, and is the most ambitious music on this release. Here, Pelt rings the musical changes – L’Appel Aux Armes begins with gently flowing piano and marimba by Victor Gould and Chien Chien Lu, then Frank LoCrasto appears on Fender Rhodes and Lu switches to vibraharp. On I Sol Tace, Pelt’s trumpet lines are treated by wah-wah and delay. The brief Dignity And Despair, inspired by Rodin’s The Burghers Of Calais, is melancholic. Epilogue begins with solo bass, and features muted trumpet and LoCrasto’s Rhodes. The four subsequent tracks are in Pelt’s state-of-the-art postbop with Miles Davis 60s roots.

The overall result is an immensely enjoyable recording by one of the major contemporary trumpet players.

Jazz Journal - 28 January 2019
This Canadian ensemble, with a core of three players from Winnipeg, performs in a thoroughly mainstream manner, led firmly and faultlessly by trumpeter John Pittman, who is also responsible...