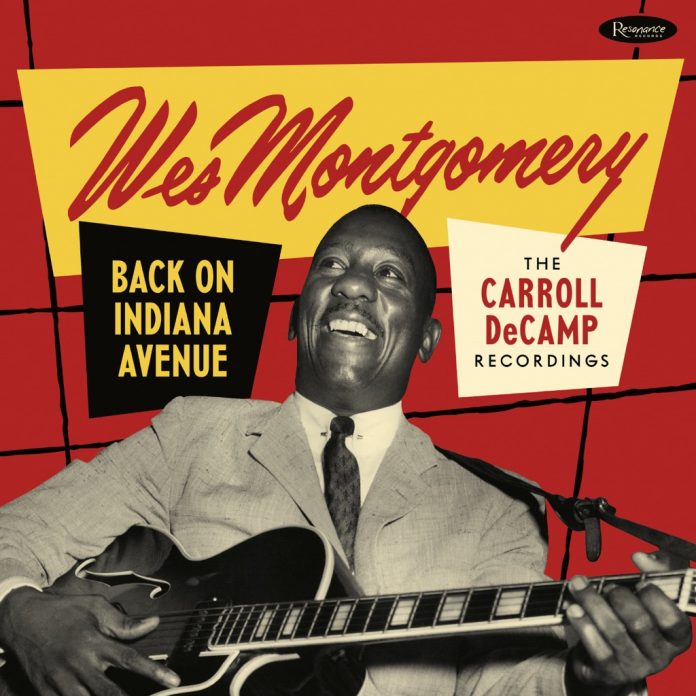 For interested parties, Carroll M. DeCamp (to give him his full name) was an Indianapolis pianist, composer and arranger who spent many decades in the music business, including 10 years as part of the Henry Mancini Orchestra. His early admiration for Wes Montgomery prompted him into recording the virtually unknown guitarist in the years leading up to his big breakthrough and the previously unissued results can be heard on this double CD. DeCamp left no information on personnel, so the possibilities listed below can be regarded as either being a good guess or pure speculation.

The first seven tracks on CD1 consist of guitar, piano, bass and drums, the following four present an organ trio, with the final two featuring a sextet. CD2 has a line-up of guitar, piano and bass. Your reviewer’s only contribution to the personnel conundrum is that the organ trio is almost certainly completed by Melvin Rhyne and Paul Parker who joined Wes on his first album as a leader, The Wes Montgomery Trio (1959, Riverside).

This is the sixth album on the Resonance label that has unearthed unheard material from the guitarist and whilst there is nothing revelatory, perhaps we should never carp at fresh sounds from one of the great guitarists, even if the sound quality is not exactly hi-fi. Also, from Between The Devil And The Deep Blue Sea onwards, there is a background of chatter and laughter, from what is clearly a live club situation.

Wes displays his bebop credentials throughout, adding a touch of warmth not always associated with exponents of the genre and needless to say, he periodically does his octave thing, to bring an extra glow to a number of the tunes. The backing he receives is generally pretty decent, although the organ tracks sound a little more mechanical than the rest.

Most of this material, including his own compositions, would be resurrected in the following years, captured in far more favourable surroundings.

Peter Gamble - 22 September 2020
As with so many releases loosely bunched into the area of "experimental" music, the listener without any background information is left with the question of are they confronted by...