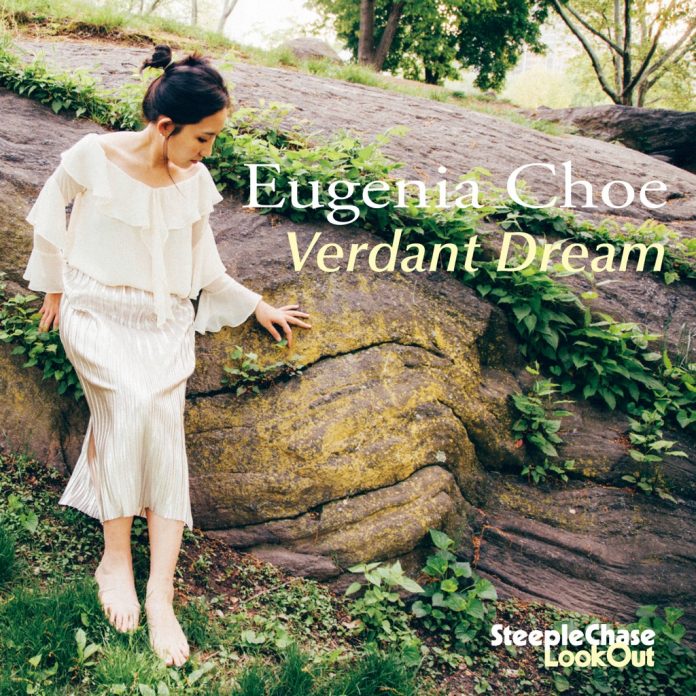 Fellow JJ writer Derek Ansell gave Magic Light, this South Korean-American pianist’s 2015 debut trio album on SteepleChase, a four-star review in JJ 10/16. I haven’t heard Magic Light yet but listening to this, its follow-up, I can see why Derek would have been impressed.

Classically trained but with a capacity as natural as it is literate for post-Evans jazz values of refigured swing, harmonic awareness and melodic invention, Choe is definitely the real deal (sample the now musing, now urgent Midnight Mingle).

If piano trio has long been a crowded genre, or format, Choe and her cohorts are plenty able to cut some fresh space and time for themselves. Weller and Wyatt, who appeared on Magic Light, are fine players: the bassist has a lovely bright pizzicato tone and sense of time (hear the somewhat misleadingly titled Sunday Fatigue) as well as a convincingly sustained arco sound.

Very much in the (flexible) pocket, he and the equally tasty Weller work seamlessly with Choe in a programme which ranges from the hushed reveries of the arco-fed Blue In Green (the only piece here which is not composed by Choe) to the stomping free-touched offset figures which fire the latter stages of Odd Birds.

Hear the liquid Verdant Dream for a prime example of Choe’s elegant touch and ability to move organically from rippling, reflective figures to more spaciously assertive phrasing and dynamics. A quality recording which augurs well for Choe’s – and this trio’s – future.