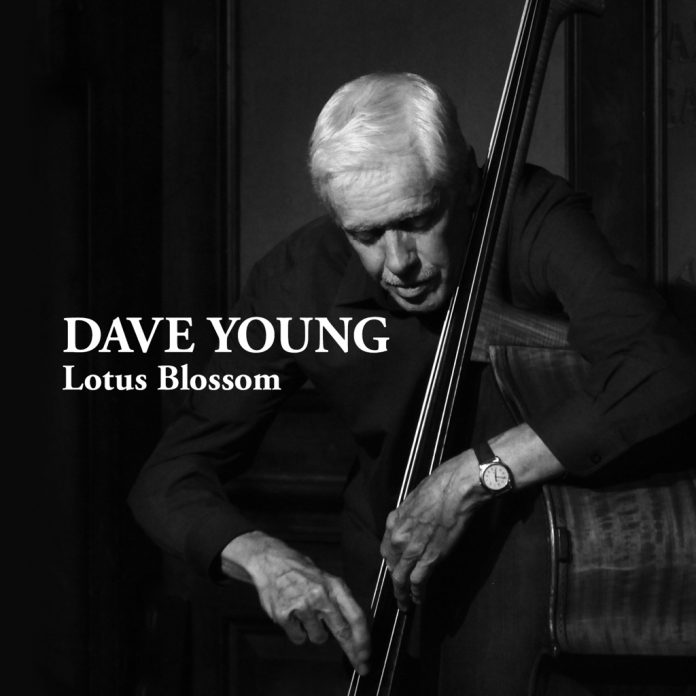 In his autobiography, A Jazz Odyssey, Oscar Peterson pays a warm tribute to his fellow Canadian David Young who helped him recuperate after his stroke and begin playing again. Peterson (who had performed with Young) was in no doubt about his talents.

“He is a tremendous bassist and an unusually musical soloist whose playing is richly dimensional. In addition, he is a master of the long note – a quality that one rarely meets nowadays”.

Oscar’s comments are verified on every track of Lotus Blossom, with Young obviously enjoying the company of six highly talented fellow Canadians.

This album was recorded at the same session that produced One Way Up and earned a nomination for a Group Jazz Album of the Year in 2017. The title track, composed by Billy Strayhorn (and frequently played by the Duke) has moving solos from Young and pianist Renee Rosnes. She then joins excellent guitarist Schwager on an atmospheric performance of a lesser-known Antonio Carlos Jobim composition, Modinha, underpinned by Clarke and embellished by the leader.

Concluding the proceedings, versatile trumpeter Kevin Turcotte and Coltrane-sounding tenor saxophonist Perry White sit in on Morning Sunrise with another dextrous solo from Young, and a polyphonic ensemble ride-out. Well-recorded and highly recommended.

Bruce Lindsay - 29 March 2019
Scott Bradlee takes contemporary songs – rock, pop, hip-hop, R&B – and reworks them, giving them new arrangements and orchestrations. Nothing new about that - jazz musicians have been...