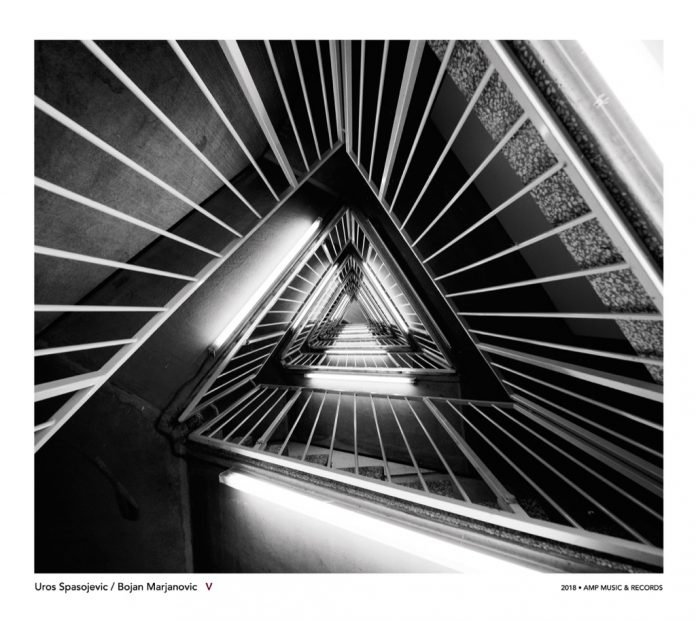 Recorded at Oslo’s famed Rainbow Studio, this ultra-reflective, reverb-and-reverie-rich album began life as a film soundtrack project but stands up well on its own account.

The press release cites Norwegian pianist Ketil Bjørnstad as a chief influence: certainly, the music – all of which was composed by Serbian electric bassist Spasojevic – has much of the adagio mood and rubato blend of late romanticism and post-Jarrett pianism that one associates with the ECM recording artist (e.g., Guide).

However, the use of electric bass as lead instrument, played mostly legato across its full range, and with some wondrous creative exploitation of both the lowest and highest registers, brings something distinct to matters as liminal as they are lyrical.

I’d hazard a guess that Spasojevic has listened to his fair share of Pastorius and Weber but to his credit he establishes and sustains his own spaciously conceived, sound-sculpting identity from first note to last (hear especially the solo Hope or the atemporal “sound atmospherics” which begin End Of The Hill). Relish him “sing” on Change and the title track, where his compatriot Marjanovic’s nudging, rippling figures epitomise the organic blend of measured classical touch and tempered jazz inflections which distinguish his work throughout.

A distinctly atmospheric, at time mesmeric, release – hear the rolling ostinato figures of the concluding Sea – which should appeal strongly to anyone who inclines to the ECM or Edition Records sides of contemporary music.

To find out more about Uros Spasojevic or to buy this record, click here