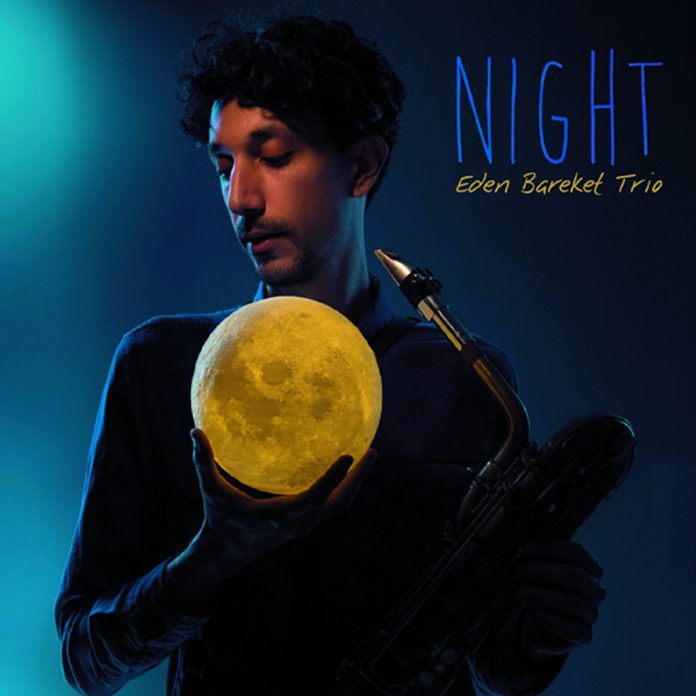 Sometimes the jazz fairy really is listening. I was spooling through some old stuff recently, after writing a posthumous appreciation of Hamiet Bluiett and thought to myself I wonder if there are any good young baritone players coming through that I haven’t heard of? And then Night turns up in the mail.

I’d forgotten Eden Bareket, despite having heard his previous Fresh Sound outing Choice, which features the same personnel. The brother on bass is a literal brother. Or Bareket has a big, rumbly sound, which fills in a lot of the picture that would otherwise have been taken up by keyboards or guitar. He’s terrific at the start of Night Creatures, panther-heavy but with a sting in the harmonics, and he always complements Eden’s Bluiett-like attraction to the upper register, though you’ll find that every second commentator insists that Hamiet was happiest down in the basement. Drummer Felix Locaros is a real find, a genuinely exciting player who regards his kit as a musical instrument rather than something attached to a lathe. His chase figures on Baccatum are just terrific.

How to characterise the music? Well, if I were to say that the Barekets are Argentine-born Israelis who have made the (no longer inevitable but still desirable) transition to New York City, then you’d have more than an inkling how this goes. Lost Melody, taken on bass clarinet, is the only non-original. It’s credited to Matt Caspi, Israel’s leading Latin music exponent, and yes, I know that sounds a trifle unlikely. But think how someone like Ivo Perelman has blended together elements of up-country Brazilian music, Old World folk forms and some classical/new music. Bareket does something similar. Strangely, I often thought of early Gato Barberi stuff when listening to Night. Though an Argentinian, Gato was much influenced by Brazil and by the European avant-garde, so the pitching and liking for altissimo (as a structural device, not an add-on) is engagingly similar.

Maybe I’ll forget Bareket again in a few weeks. Which will be just fine, because a next album will be the greater surprise.

Simon Adams - 27 November 2020
Faced with the Covid-19 lockdown in New York City in March 2020, bassist Dezron Douglas and harpist Brandee Younger found that all of their gigs had been cancelled and...