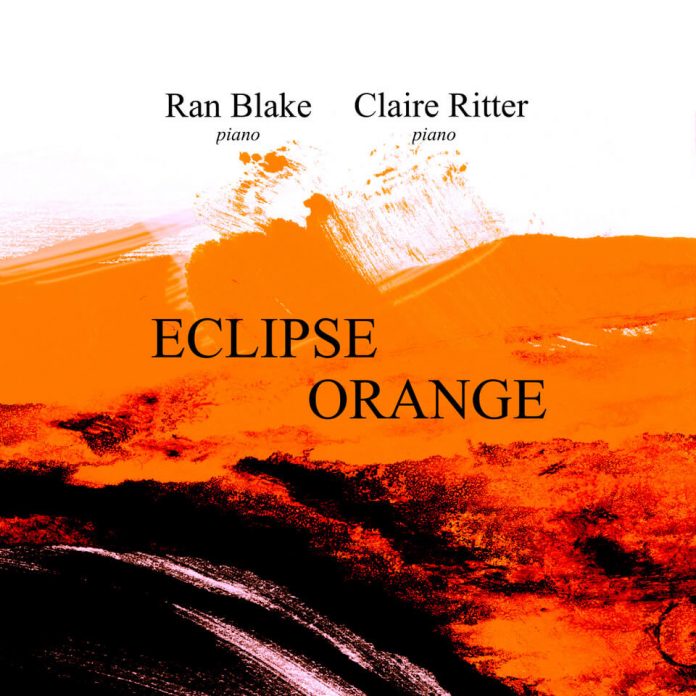 Recorded live at Queens University of Charlotte, North Carolina, this remarkable collaboration between Blake and his former student Claire Ritter (later colleagues at the New England Conservatory in Boston) was billed as a tribute to Thelonious Monk (on his 100th birthday) and to another Tar Heel State pianist of distinction, Mary Lou Williams.

The two principals offer solo and duo performances, while Ritter also plays with a talented newcomer, Australian-born tenor saxophonist Kent O’Doherty, who sought her out as soon as he arrived in Charlotte in 2017.

Not surprisingly, Ritter has expressed great admiration for Blake: “His genius lies in his harmonic structures, in recomposing any kind of piece in any kind of idiom. He stimulated the composer in me by encouraging me to listen to a very wide range of different types of music”, but she also acknowledges a contrast in their musical temperaments: “I prefer to be where there’s light and solitude – he prefers a dark mysterious corner”.

The concert begins with Blake performing three Ritter compositions, including the album title, which is later reprised as a duet. The spirit of Monk is evoked in their moving and dramatic interpretation of Blake’s Short Life Of Barbara Monk – at just over four minutes in length it is one of the longer performances on the album – and a joyously rollicking Blue Monk. O’Doherty joins Ritter in a 1.54 minute deconstruction of I Mean You, and on her intriguing compositions Karma Waltz, High Top Sneakers, Blue Grits and Cool Digs.

Other highlights on this 20-track CD are solos by the two pianists. Blake creates a delicately probing Summertime, and a melancholy Improvisation On Selma. Ritter’s softly haunting composition Emerald & The Breeze quickly enters and stays in the memory.

All of these performances – short but perfectly formed – immediately engage the listener’s attention. Excellent recording quality, an appreciative audience, informed liner notes by Michael Ullman, and the talents of the musicians make this a rewarding experience.

Elliot Marlow-Stevens - 13 January 2022
First released in 1956, Lady Sings The Blues was Billie Holiday’s last album for Clef Records before moving to Verve, and only three years before her tragic and untimely...