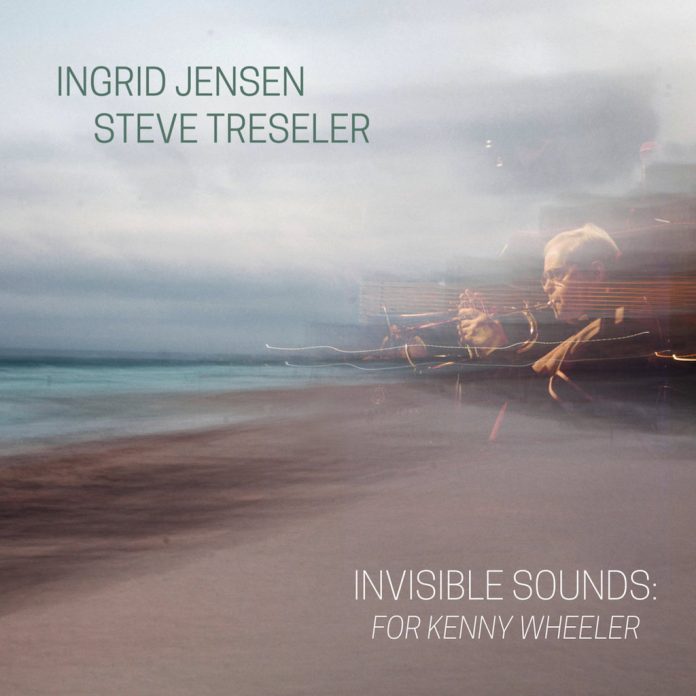 Ingrid Jensen has released a number of notable albums over the last 25 years and this one is a highly impressive addition. It’s dedicated to the unassuming but influential trumpeter Kenny Wheeler (1930-2014) with whom she and her co-leader, saxophonist Steve Treseler, had worked. Jensen also studied with him. All tracks on the album are reinterpretations of original compositions by Wheeler apart from Jensen’s Ingalude and Treseler’s Duet.

Due to the melancholic nature of some of Wheeler’s work, musicians invariably treat it with kid gloves and miss the inherent power of the music. Here it’s different – the band put their own stamp on it and provide a totally fresh perspective. The result is inspiring, energetic and often hard-hitting. Jensen’s regular rhythm section of Geoffrey Keezer on piano, Martin Wind on bass and Jon Wican driving the drums makes sure of that.

Foxy Trot is from Wheeler’s Double, Double You album that he made with Michael Brecker, John Taylor, Dave Holland and Jack DeJohnette in 1983. Jensen and Treseler give us their sparkling studio version (with Christine Jensen guesting on soprano sax) and also a live recording from their concert at The Royal Room, Seattle. The track begins on a par with the original but then it dramatically increases the revs. Wind leads the charge on bass and Keezer is particularly dazzling on piano.

In turn the pace alters with an initially serene but then sprightly rendition of Kind Folk from Angel Song, the album that Wheeler recorded in 1996 with Lee Konitz, Bill Frisell and Dave Holland. 546 has wordless vocals from Katie Jacobson which exactly mirror Jensen’s trumpet playing. (Wheeler’s 1986 Gigola album had Tiziana Simona singing the song in Italian.) Jacobson’s dreamlike vocals feature once more in Gentle Piece – Old Ballad – two songs from Wheeler’s Kayak album that are interlaced here into a medley with haunting arco bass in the opening and a splendidly surreal ending.

Old Time from Wheeler’s Songs For Quintet (which itself was a reworking of How It Was Then from his trio Azimuth’s 1995 release of the same name) is rearranged and recorded live here. It opens with a growling trumpet from Jensen and the whole track is markedly more upbeat than the original. In it, both Jensen and Treseler are transcendent in their soloing.

Everybody’s Song But My Own comes from Wheeler’s 1998 album Flutter By Butterfly and has become something of a contemporary jazz classic. In this version Treseler’s fluid sax takes centre stage and Jensen’s trumpet playing is absolutely superb. Where Do We Go From Here was originally a Wheeler/John Taylor duet but now it becomes a vehicle for intricate interplay from the whole of this highly versatile band.

Kenny Wheeler was a groundbreaker, a master of improvisation and a potent force in post-bop and avant-garde jazz. This top of the game tribute album fittingly affirms and embellishes all of these qualities and I highly recommend it.

Hugh Rainey - 11 April 2021
In tune with current widespread re-evaluations of women's commercial status and rights, the Frémeaux label has for some time drawn attention to historic undervaluations of female jazz musicians. The black...