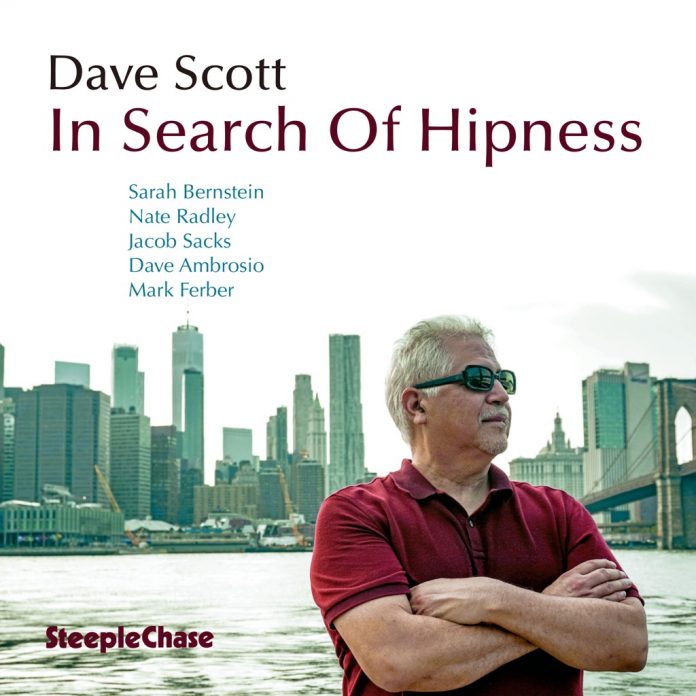 Composer and trumpeter Dave Scott is based in New York and leads three separate bands – a quartet and a quintet (containing Gary Versace, Ben Monder, Rich Perry, Jeff Williams and John Hebert amongst others) and the one on this album which he calls his Violin Band. He formed it 10 years ago.

All the music on the album has been composed by Scott with the stated objective of creating a vehicle for free improvisation. You could describe the content as contemporary avant-garde jazz. Each piece develops interactively, enabling band members their full individual expression.

Ludwig is named after Scott’s favourite classical composer. It comprises a series of drones from Jacob Sacks on piano and Dave Ambrosio on bass which then underpin a session of collective improvisation from the whole band. Igor, named after Stravinsky, begins with an ostinato and an inspired trumpet solo from Scott followed by a central section of bitonal triads by the band. Splendid solos from Sarah Bernstein on violin and Nate Radley on guitar follow, with Sacks then closing out on piano.

Time Dilation is rhythmically based and built on a series of meters with everyone soloing on the structure. Cognitive Dissonance has three sections: Scott on trumpet with Mark Ferber on drums improvise in the first part, Bernstein on violin improvises in the second and then trumpet, guitar and piano improvise in the third.

The title track, In Search Of Hipness, refers to our ongoing quest for enlightenment, musically or otherwise. It too has three parts with violin/piano first, then solo guitar and lastly trumpet with drums improvising over a march sequence. Coalescence is a long group improvisation. Black Hole has bass and drums in a hard-driving swing opening and then a series of duos: guitar/piano; trumpet/violin; bass/drums; with the melody restated between each.

Scott allows plenty of space throughout the set for the other band members. He doesn’t dominate with his own instrument as some leaders are apt to do. This is exquisite musicianship from all and together they generate a unique and varied tapestry of sound. The album is full of surprises and is well worth repeated listening.

Matthew Wright - 19 November 2019
This two-CD set is a centenary tribute, 53 tracks with a detailed booklet, released to coincide with the late singer’s birthday, 18 October 1919.  As Richard Cook and Brian Morton...

Jazz Journal - 31 December 2021
This straightahead outing stands in contrast to Thomas's more adventurous and innovative pro­grammes of originals, and it was momentarily surprising to dis­cover that it has sold well in excess...