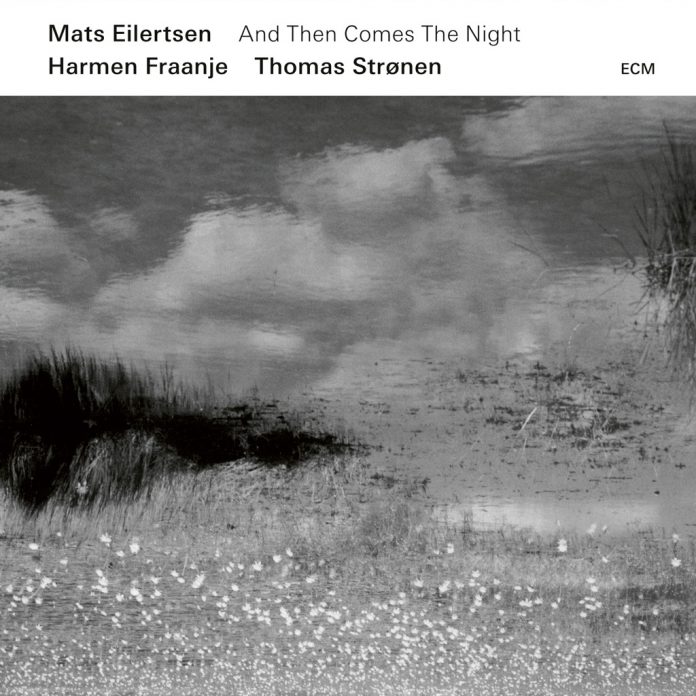 Eilertsen’s trio has been a stable working group for 10 years, but he and Stronen had worked together a decade earlier as part of the first line-up of Food, where they partnered trumpeter Arve Henriksen and saxophonist Iain Ballamy. (I’ll spare you the strained culinary puns I mixed into my review of Food’s debut album at the time.)

After two albums for Hubro, the trio has switched labels, at least partly to take advantage of ECM’s legendary sound quality and the opportunity to record in what Eilertsen calls the “special character and atmosphere” of the Auditorio Stelio Molo, a venue run by Radiotelevisione Svizzera di Lingua Italiana. (This is not to put down Hubro, which has a catalogue full of well-recorded, impressive music, and Eilertsen has a new album, Reveries And Revelations, just out under that banner, with a different band.)

The venue presumably fulfilled Eilertsen’s hopes and expectations, and it certainly seems to have been worth it … the sound is crisp and clear yet never hard, doing full justice to the trio’s thoughtful, refined and gracefully responsive work. The immediate attractiveness of the playing cloaks music which reveals more and more inventive ideas at each hearing.

The session is bookended by grave but beautiful interpretations of a piece that Eilersten composed when he heard about the terrorist attacks in Oslo and on the island of Utoya on 22 July 2011. Perpetum includes some remarkable bowed top-register timbres from Eilertsen, but for most of the time his rich, pulsing bass earths the music along with Stronen’s restrained, finely detailed drumming. Fraanje’s gorgeously lambent work throughout subtly illumines the themes but he exhibits a tougher aspect on the title track.

Sally Evans-Darby - 09 May 2019
Age is just a number, and this album is testament to that. Eighty-three at the time of recording, Beverley Church Hogan returns here to jazz singing after a 60-year...