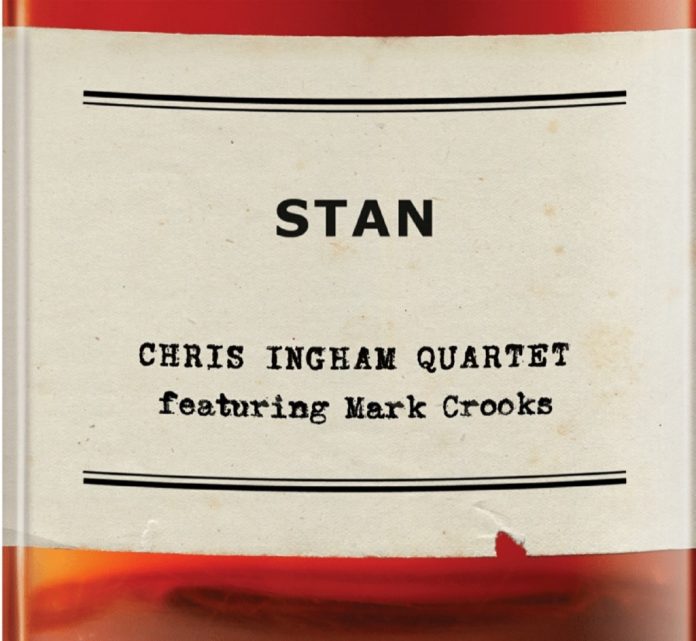 This CD is released as a companion to the Chris Ingham Quartet’s live show, Getz: A Musical Portrait, which, I am ashamed to confess, I missed when it recently came my way. I shall make a special point of catching it now, having enjoyed this enticing sample.

The famous sound went through so many changes as it evolved through those years that to expect even the phenomenally gifted Mark Crooks to play the part of Stan Getz by imitation would be absurd. But his own tone, articulation and general approach are sufficiently close to suggest the essence of the man’s style. And, anyway, an evening spent listening to Mark Crooks is a delightful enough experience on its own.

I love the canny, non-obvious choice of tunes, too. Just imagine what a too-obvious choice would be (Early Autumn for the young Stan, Desafinado for the bossa nova, etc). Instead, we have, for instance, Ballad For Leo, from Dynasty, an exquisite but fairly obscure 1971 album, and the delicate Viva Sonhando for the bossa. It’s a good programme all round, with a judicious balance between the open, song-like pieces and the harmonically tricky ones. That’s something that Getz himself always managed.

As a unit, the Chris Ingham Quartet is everything you could wish for – swinging, supple and, most importantly, always appropriate. Ingham’s mastery of the subtle differences in style is impressive.

Stan Getz was one of that very rare species, a real jazz artist whose appeal extends far beyond the regular jazz audience. The same applies to the subjects of Chris Ingham’s previous two shows, inspired by Hoagy Carmichael and Dudley Moore. Erroll Garner was another. Now, there’s a thought! The trouble there is that the only possible pianist to play Erroll would have been Dudley.

To buy Stan and for more information about the Chris Ingham Quartet, please click here

Discography
Ballad For Leo; Split Kick; When The World Was Young; Signal; Vivo Sonhando; Windows; Spring Can Really Hang You Up The Most; I Hadn’t Anyone ‘Til You; The Dolphin; Detour Ahead; Voyage; The Peacocks (58.51)
Mark Crooks (ts); Ingham (p); Arnie Somogyi (b); George Double (d). Hepworth, Suffolk, 22 September 2018.
Downhome DOH0005

Valentina Addis - 15 April 2021
In these times of lockdown, loneliness and solitude, what better way to reminisce about love than with the WJ3 All-Stars Lovers And Love Songs: The Ones You Forgot? It's...