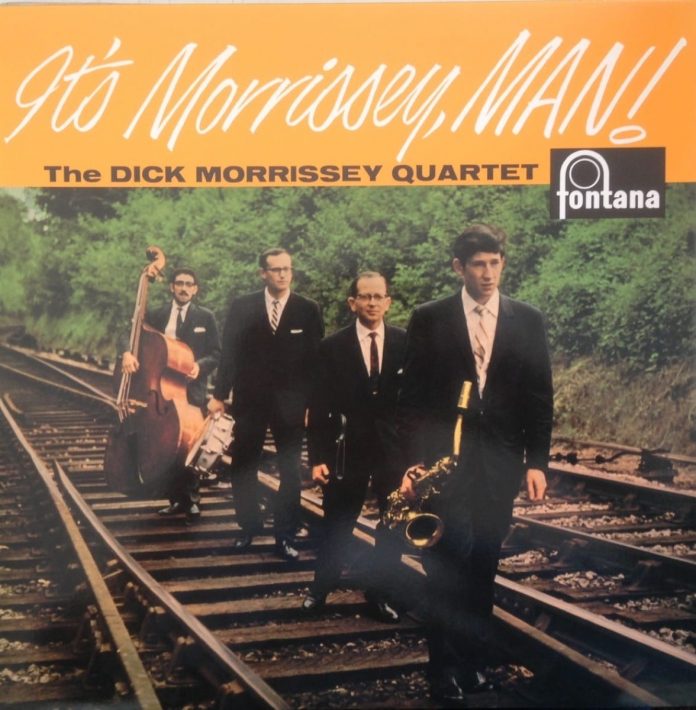 The most immediately striking thing about Dick Morrissey’s tenor playing is its tremendous swing. It is no exaggera­tion to say that the music on this record swings as much as any British jazz ever did. The fact that Morrissey shows no great originality (a point which Benny Green makes at length in his liner note) is of comparatively little importance; the way he approaches a tune is particularly impressive, and brings to mind Johnny Griffin. Morrissey is young, and will undoubtedly develop his own musical personality. His playing already has an impressive aura of conviction and as­surance.

With the exception of “Willow”, which features Jones and the rhythm section, all the tracks have lengthy solos by Morrissey, brief solos by Jones, and sometimes bass or drums. Morrissey is well able to sustain interest over several choruses, and builds his solos excellent­ly. Jones is far less impressive, and his solos are almost invariably an anti­climax. Cecil and Barnes work together well, and provide a driving beat.

Morrissey is undoubtedly one of the best British musicians to appear in good many years, and Fontana deserve to be congratulated on their courage in re­cording such a relative unknown.

Hugh Rainey - 19 August 2019
Jumpin' At The Woodside and bonus album The Huckle-buck And Robbins' Nest were two of a series of Columbia jam sessions in the mid-50s featuring Buck Clayton. The title album was a...