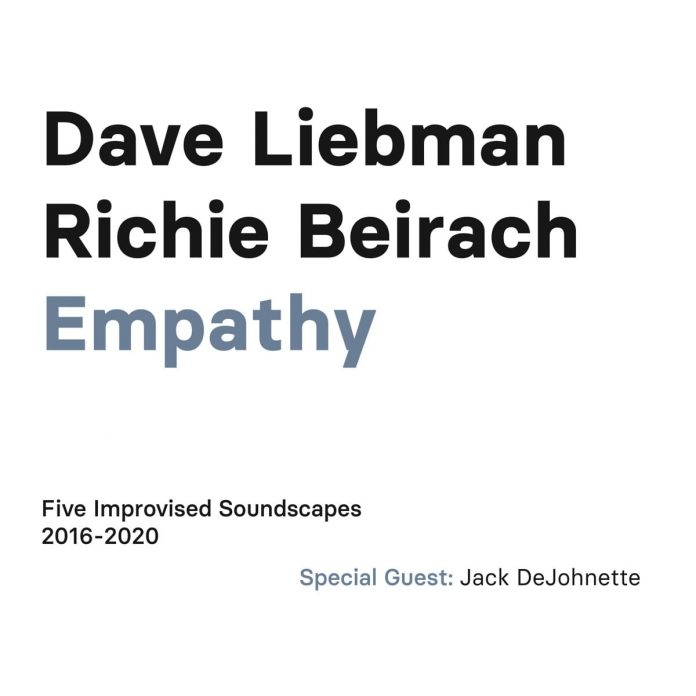 Liebman and Beirach have been infrequently recording together since 1976, and their work together stretches back beyond that date. Calling their musical partnership empathetic is thus something of an understatement, a point underscored by the extent of this five-disc set of solo, duo and small group performances, the breadth of which is unified by a pensive, reflective air quite in keeping, and perhaps heavily informed by, this age of anger and anxiety.

The duo performances captured for posterity on the first disc display the duo’s understanding in music that’s by and large shot through with a predilection for understatement, as if both musicians know and appreciate the importance of knowing what to leave out. The resulting spaces are thus a lyrical element in themselves, as on the opening Instinct / Reverence, where Liebman’s soprano sax work marks him out as one of those rare saxophonists who approach the straight horn as an instrument with qualities of its own, while  Beauty / Intuition captures Liebman on tenor sax in a mood initially suggestive of him raging against the silence before Beirach enters pensively, setting the mood for the piece as a whole.

The Liebman, Beirach and DeJohnette trio on the second disc fleet-footedly sidesteps every notion I’d entertained about the music they make. Nowness has an apt freshness about it, along with the weight of experience that can only come from seasoned practitioners of the jazz / improvised music arts, as it does on Tightrope, where the impression of music fashioned in the moment is at its strongest and most potent.

Liebman’s set of solos on the third disc are the work of a musician for whom the music doesn’t stand still, nor is sealed off from other areas of music. On their 2018 double CD Eternal Voices the Liebman / Beirach duo played compositions by Bela Bartok and Beethoven, among others, and passing time has clearly reinforced Liebman’s appreciation of musical structure, though not to the point where the spontaneity crucial to improvised music disappears. This is apparent despite the brevity of each of the 15 tracks, with Aural Landscape 2 and Aural Landscape 6 in particular hitting a sweet spot that incorporates elements formal and otherwise.

Moodwise, it’s as if Liebman’s set spills over into Beirach’s. On the other hand it could be the thought of the fraught era we’re living through that informs Long Day’s Journey Into Night, which is a title unusually apt for such an era. Stillpoint, dedicated to Morton Feldman, takes it further in the sense that the music exists outside of time (as in eras lazily defined) in a manner not dissimilar to Feldman’s pared-down minimalism.

Aftermath, which makes up the fifth disc, and is made by a quartet consisting of Liebman, Beirach, Van Volxem and Henrichs, is like nothing else. If it has an overriding air it’s one of curiosity, as if each man is diligently mapping out the territory as he goes, and with such thoroughness that no stone’s left unturned. The result is a piece that gives up fresh rewards whenever the listener returns to it and thus has a considerable edge on a lot of contemporary jazz. It’s a testament to a pair of enquiring minds.

Sally Evans-Darby - 29 April 2019
This gem of a recording from 1972 finds Etta Jones in excellent voice supported sympathetically by the Cedar Walton Trio, which is also on top form. Never previously issued...