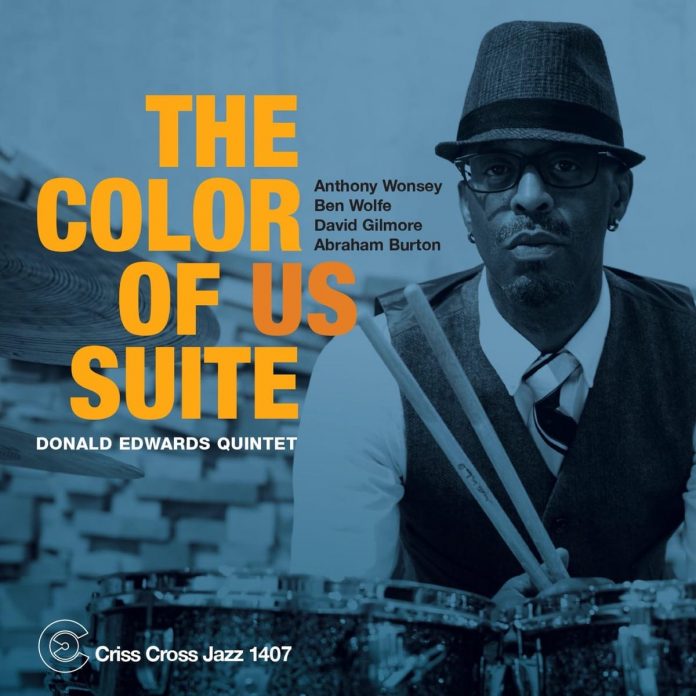 This is Edwards’s third release on the Criss Cross label and it’s clear that his music and the label’s remit as a kind of 21st century equivalent of Blue Note in the hard-bop heyday were made for each other. Thus, we get a measure of the post-bop that the label’s become associated with now that the likes of Chet Baker, Slide Hampton, Clifford Jordan and Warne Marsh, all of whom recorded for the label, have passed on, and furthermore the depth of hold it has on contemporary jazz practitioners.

Finding Beauty lives up to its title in its reflective mood, and brings forth one of Burton’s best solos, in which a sense of economy ensures nothing is overplayed, allowing a strain of lyricism sometimes absent from this set to enjoy a brief moment in the sun, which is then augmented and expanded upon by Wonsey.

Black flirts with developments and trends outside of the jazz mainstream, but not to the point where the post-bop message is diluted or lost in a glut of other genres. In so far as it’s possible to describe any music as both polished and earthy then this fits the description nicely, and furthermore, for reasons I couldn’t possibly detail, makes a more positive impact on a portable device than it does when the CD is inserted into a drawer and play is pressed, with Gilmore’s solo taking things as far out as they get on this set.

The intro to White errs towards the strain of lyricism once mined by the Coltrane quartet before the piece settles to become something positively at odds with the rest of the set as Burton and Wolfe take charge, albeit in a manner which ensures the passing moments are never crowded and the relative lack of activity again has the effect. In his solo Gilmore offers another facet of his undoubted artistry and the effect is nothing but positive.

On a practical note, Lacy is over credited. He speaks only on Tan and not on tracks 2-8 inclusive as listed on the inlay card.

Barry Witherden - 11 July 2019
It may not be snappy, but the title of this CD is at least factually accurate. It does leave some things to be clarified though: Mitchell composed all the...