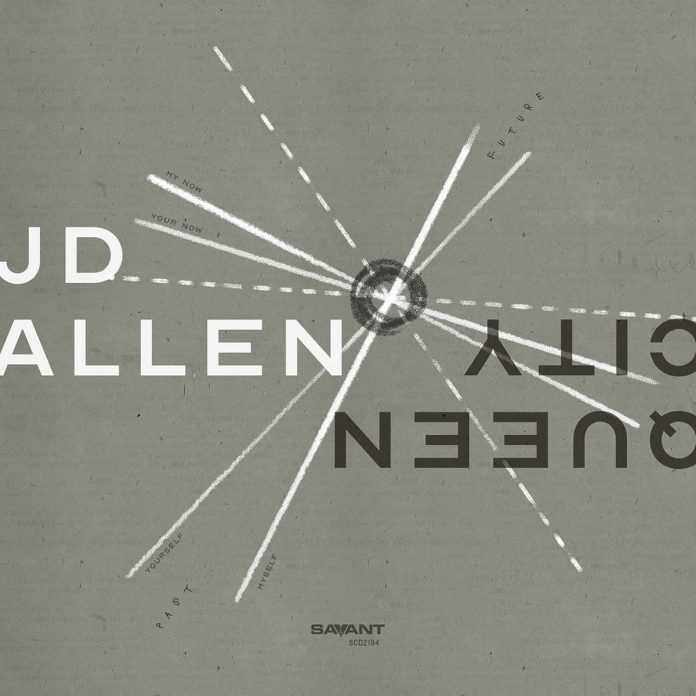 To date JD Allen’s career on record has charted the progress of a musician on the edge of the modern mainstream, so to speak, in the sense that it’s documented both a post-Rollins tenor sax player and a musician whose ears are not closed to aspects of the tradition that fall outside of that wide-ranging continuum.

This album of unaccompanied solos both summarises and expands upon that status nicely; depth of focus and a kind of centred, well-rounded quality are marks of the whole programme, providing evidence of a musician who understandably wants to celebrate the past, but not to the point where he’s in thrall to it.

Despite its brevity Maude offers as much evidence of all of that as anything. Allen’s accommodation with and appreciation for the silence doesn’t lack depth, which may (and in some ways should) serve notice of Allen’s mastery of his craft.

Retrograde might well be a title with ironic depth given how Allen echoes but doesn’t emulate Rollins’s linear flow. In this instance both men have a gift for giving the music impetus even while they play without accompaniment.

The quasi-minimal nature of Mother, underscored by repetition, hints strongly at Allen listening widely, a practice which is often beneficial in itself, yet highlights also that he’s appreciative of approaches other than the glibly virtuosic.

The silence already referenced in this review also has an intrinsic part to play in the title track for all of Allen’s resorting in some passing moments to licks of a fairly conventional post-bop order. As it is he quickly moves on from them, and in so doing offers stark evidence of his intelligence at work in the moment.

Allen regards These Foolish Things as an excuse to go deep, and not merely because of the level of its recorded exposure over the decades. His approach to the standard rings out the clichés and replaces them with the sound of a musician at one with his instrument of choice. More power to him.

Roger Farbey - 04 June 2019
Following on from a long tradition of album covers designed to discombobulate a prospective listener, comes Fantasy World. Frank Zappa was wont to use deliberately bizarre artwork for his...

Jazz Journal - 29 August 2020
The producer of this musical experience considers that all it requires is an open mind. I think it requires the same capacity for appreciation as those who sit and...